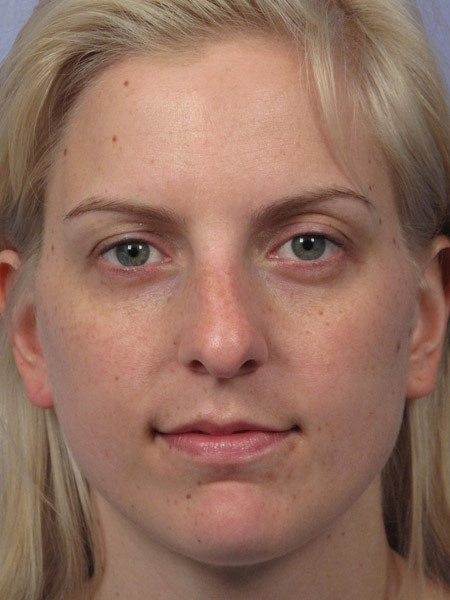 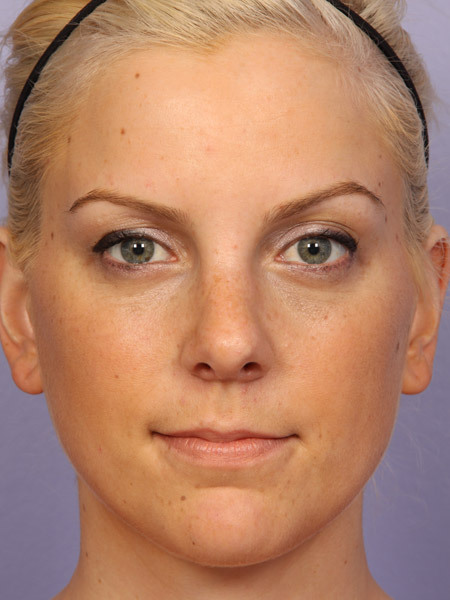 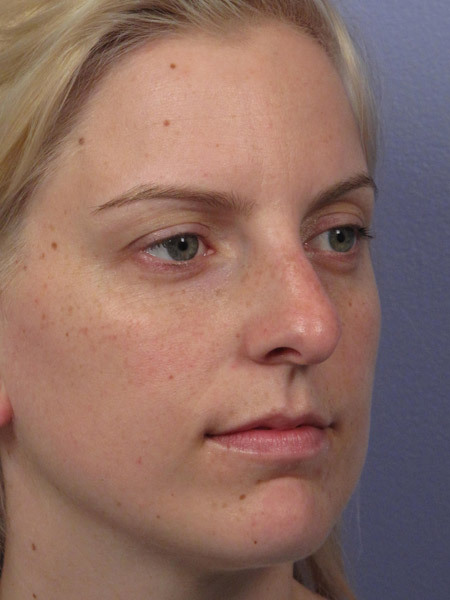 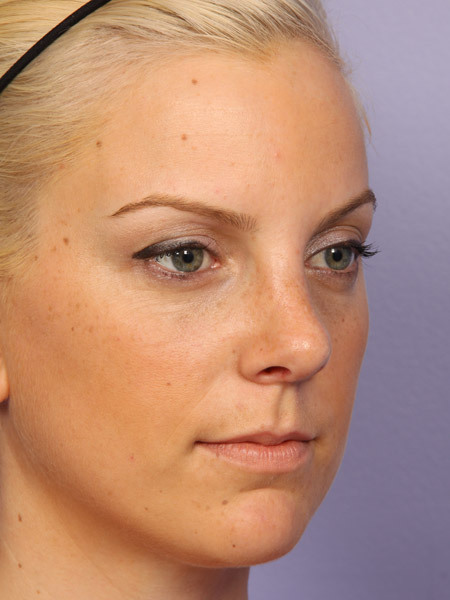 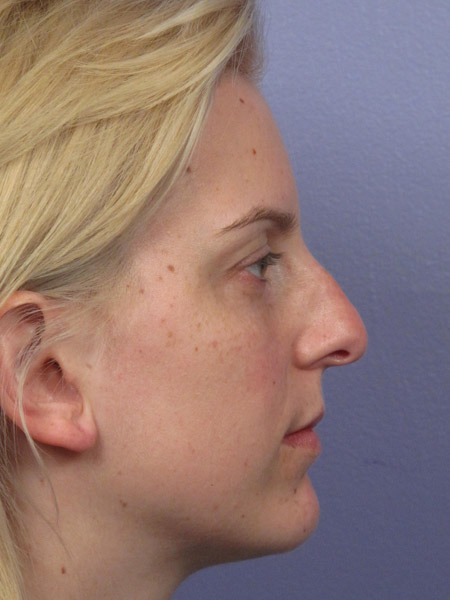 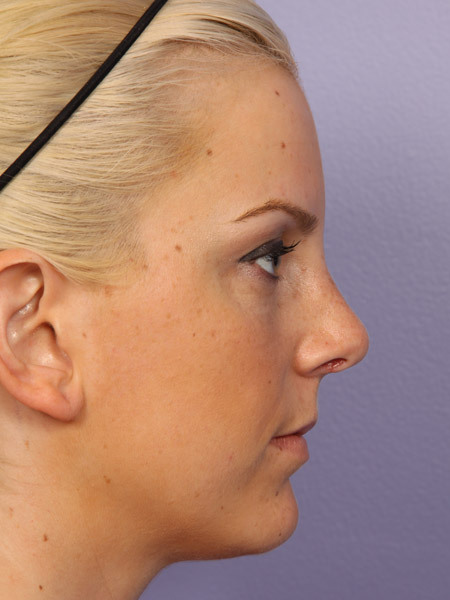 This 27-year-old woman didn't like the appearance of her nose, which she felt was too strong for her otherwise delicate features. She wanted to reshape the tip of her nose and create a more feminine profile by reducing the size of her nasal dorsum. After considering several Los Angeles rhinoplasty surgeons, she decided to schedule a consultation with one of the talented plastic surgeons at Marina Plastic Surgery Associates.

Because her biggest concern was the shape of her nose, especially how her nose had a straight slope rather than a delicate curve, her Los Angeles cosmetic surgeon suggested that he use an open technique for rhinoplasty, which would allow him to have more maneuverability while performing the surgery. After he treated the shape of her nose, he would lift the tip of her nose and narrow it a little to add definition to the tip. After her surgery, she would be able to return home and recover comfortably and would most likely return to her normal activities in less than a week.

Five weeks after her surgery, she had her "after" photos taken to show her progress. Although she is early in her recovery, the improvement is already obvious. She is much happier with her perky new nose that balances nicely with her other features. She will likely see more improvement as the swelling continues to diminish over the next year.