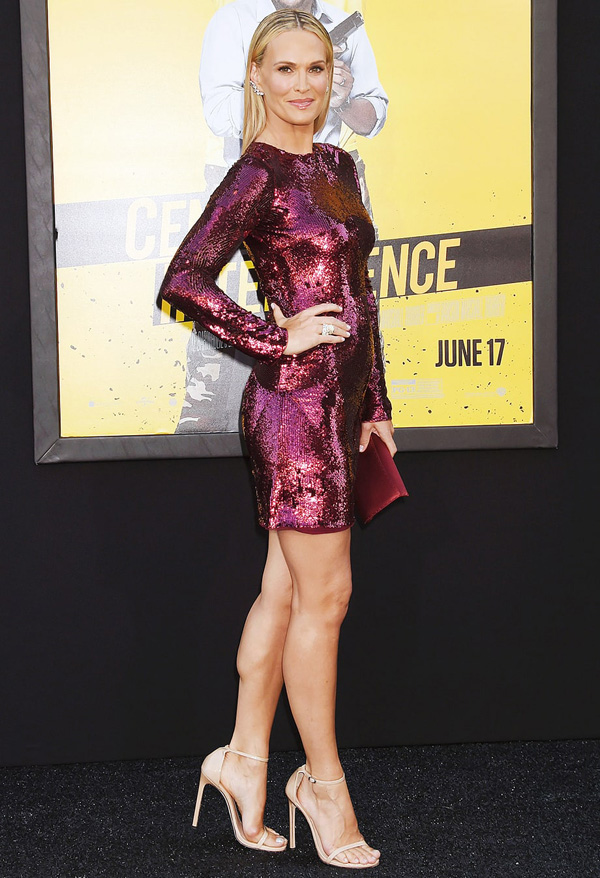 The latest cosmetic enhancement that celebrities such as Molly Sims and Kris Jenner (who underwent the procedure on an episode of Keeping Up With the Kardashians) swear by is CoolSculpting – a procedure which is said to freeze away the fat.

Sims praised the procedure, which typically starts at around $750 per treatment, after she gave birth to her second child, Scarlett May, 1, with husband Scott Stuber.

“It was an easy thing to do, it was non-invasive, [the] FDA approved it. It was super easy, and it was no down time,” the supermodel told Elle. “I'm scared of most things because I'm like, ‘Oh my god what if I don't wake up?’ or like… I don't know. But it was great. For me, it was like the perfect thing.”

We asked Dr. Grant Stevens of Marina Plastic Surgery in Marina del Rey, California, to break down the procedure for Us and answer our burning questions about the process.

“CoolSculpting is a noninvasive fat reduction procedure. It’s an innovative way to contour your body by freezing unwanted fat away without surgery or downtime. It works by gently cooling unwanted fat cells in the body to induce a natural, controlled elimination of fat cells without harming the surrounding tissue.” 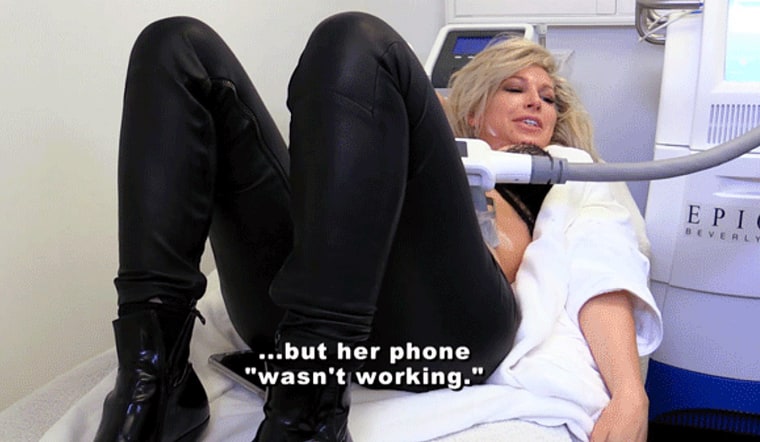 Kris Kardashian brought Joyce Bonelli (above) CoolSculpting with her on 'Keeping Up With the Kardashians.'

“This is FDA-cleared, proven safe and clinically effective. Millions of procedures have been performed in more than 70 countries around the world. There’s minimal risk due to its noninvasive nature. But, as with any medical procedure, please consult with your doctor for full details.”

3. How long do results last?

“The treated fat cells, once eliminated from the body, are gone for good. Your doctor will help you create an individualized treatment plan tailored to your specific goals.”

“The length of your treatment will vary depending on the number of areas being treated during one visit. While each treatment lasts about one hour, some patients have more than one treatment during the same office visit. Some practices even have multiple CoolSculpting systems and applicators, so it’s possible for a patient to have multiple areas treated at once.”

“As the cooling begins during the first few minutes, you may typically feel intense cold. This soon dissipates. With some applicators, you’ll feel some pulling as suction is applied. The area generally goes numb within five to 10 minutes during treatment. Many people read, watch videos, work on their laptop or even take a nap during their treatment.”

6. What are the most popular places on your body to get the treatment done?

“CoolSculpting is FDA-cleared to be used on some of the most common problem areas: the double chin, inner and outer thighs, the abdomen, love handles, bra fat, back fat and underneath the buttocks (also known as the banana roll).”

View the full article on www.usmagazine.com