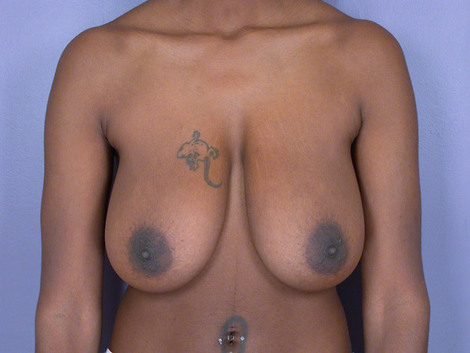 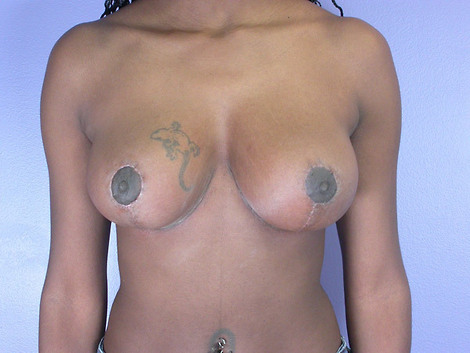 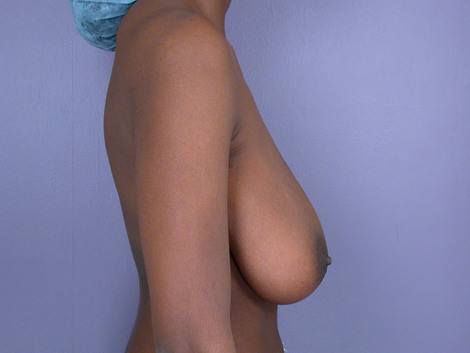 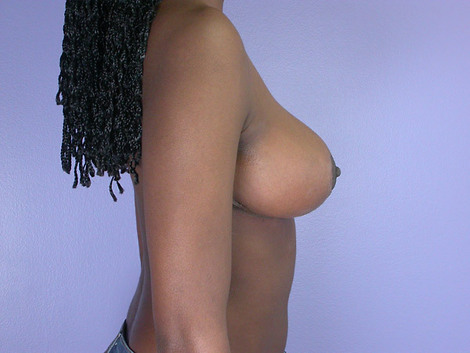 This 30-year-old nurse was unhappy with how her breasts had begun to sag. Interested in what plastic surgery could do to restore her breasts, she began looking for a Los Angeles plastic surgeon who could perform a breast lift. She decided to make an appointment with one of the surgeons at Marina Plastic Surgery Associates.

After examining her breasts, her surgeon suggested that the removal of a large portion of her breast tissue to make her breasts smaller while performing a Laser Bra breast lift. With the Laser Bra, her surgeon created an internal bra using her own skin, which gave her more cleavage, similar to the look of breast implants. Her results demonstrate the efficacy and beauty of the Laser Bra breast lift and reduction and illustrate how well incisions can heal even in patients with darker skin. The "after" pictures were taken one month after surgery.

Interestingly, the gecko tattoo on her right breast is longer after the surgery. The tattoo had previously stretched when her breasts became larger after getting the tattoo when she was younger, but after her breast lift, the gecko tattoo became even longer from stretching in response to the powerful effect of the Laser Bra. When her surgeon created the Laser Bra for her breast lift, he moved some of her excess breast tissue from the lower breast to the upper cleavage area, elongating it further. She was very happy with the results of her breast lift in Southern California.