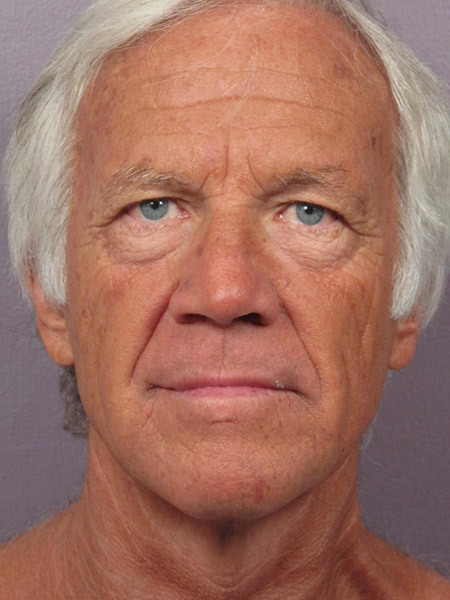 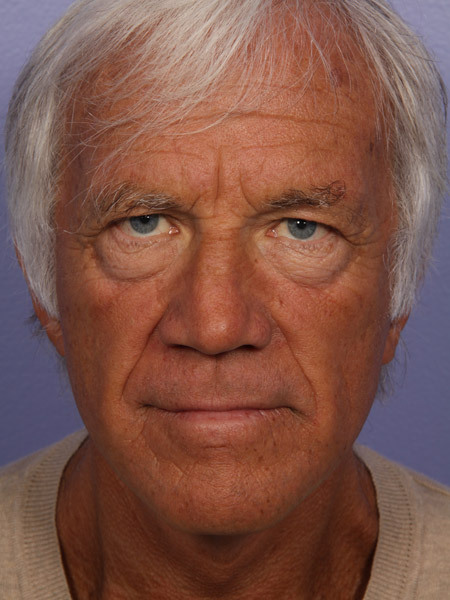 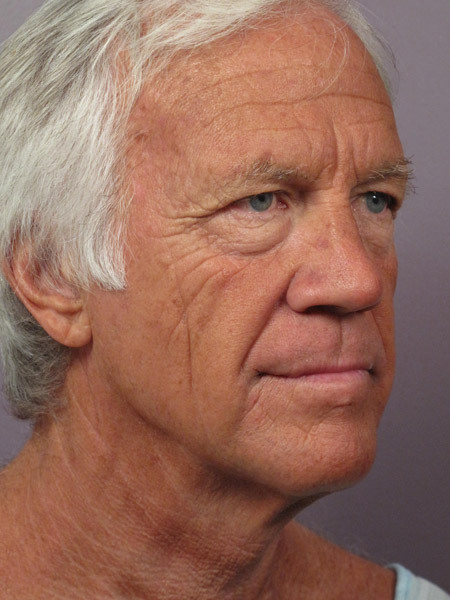 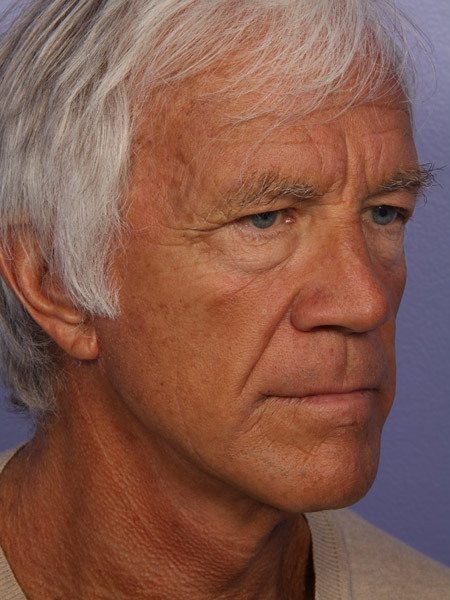 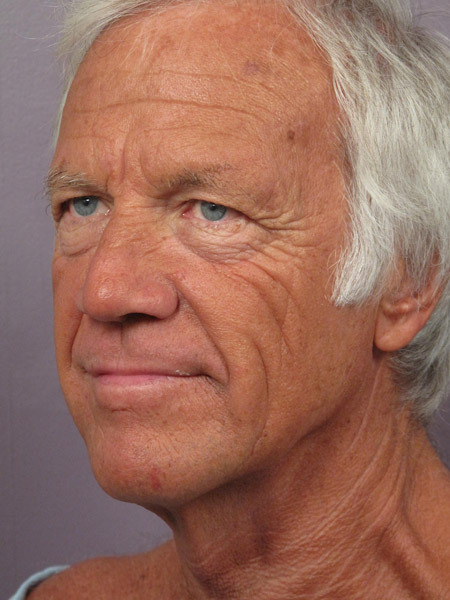 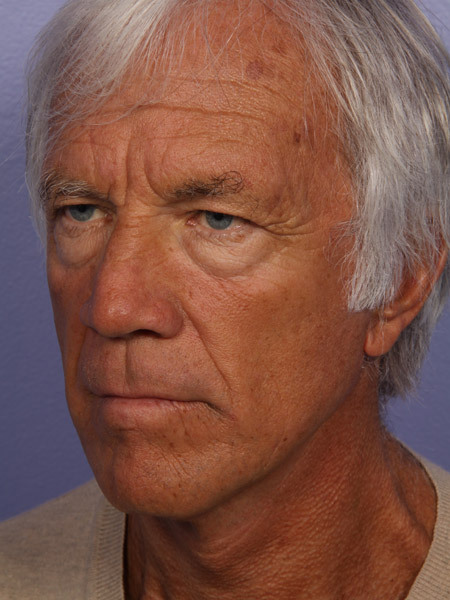 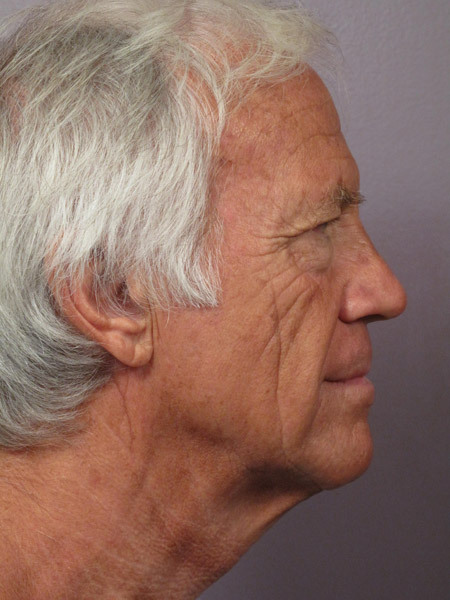 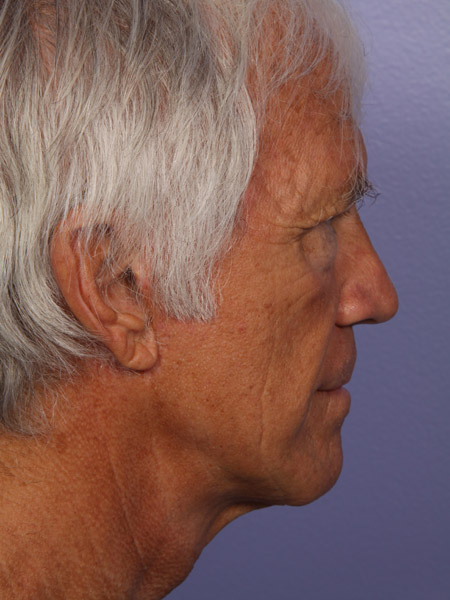 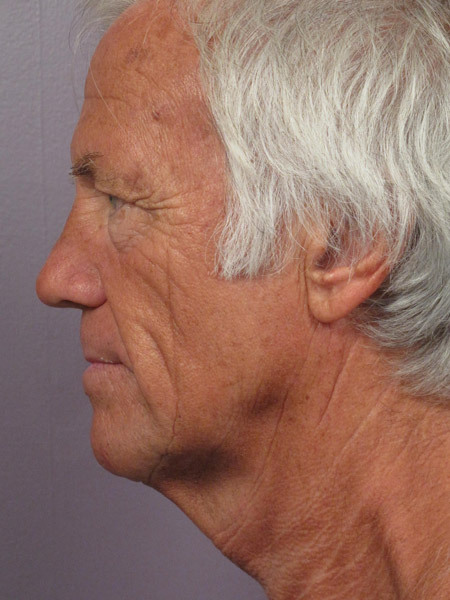 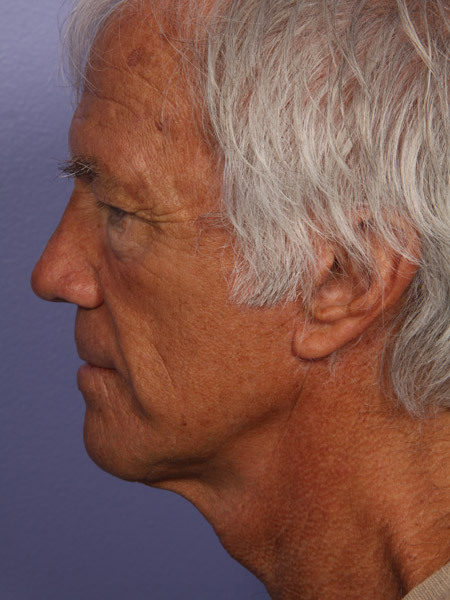 This 63-year-old man was unhappy with his sagging jowl and neckline. The skin along his jaw had begun to sag with time, leaving his jaw looking uneven and giving him a web of excess skin below his chin, often referred to as a "turkey neck." Knowing that an experienced Los Angeles plastic surgeon could advise him about the correct procedure for facial skin sagging, he scheduled a consultation with one of the board-certified plastic surgeons at Marina Plastic Surgery Associates.

During his consultation, his surgeon examined his face and recommended that he undergo a facelift. For severe sagging on the neck, a neck lift can be performed in addition to a facelift, but for this patient, he and his surgeon decided that a facelift alone was sufficient. During the surgery, his surgeon would carefully make incisions and then lift the tissue and muscles under the skin. The overall effect is a tighter, younger-looking lower face.

When his surgery was completed, this patient was very pleased with the results. Pictured in the "after" photos less than one year after undergoing his facelift in Los Angeles, this patient's face and neck look taut and younger. The sagging skin below his neck has even been diminished without the need for a neck lift, and his jowl looks smoother and more even.