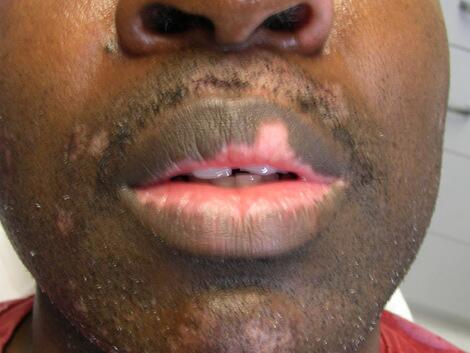 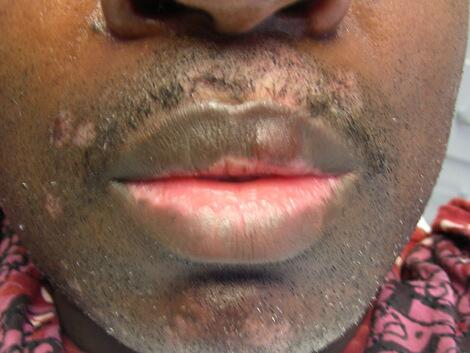 This 32-year-old male suffers from the skin pigmentation disorder Vitiligo, a condition that causes areas on the skin to lose pigment, resulting in irregular, white patches which can stand out more on patients with darker skin. Tired of his lips being two-toned, he decided to explore his options, including permanent makeup in Los Angeles.

At Marina Plastic Surgery Associates, he learned that permanent makeup works like a tattoo to cover scars, discolorations, or to add "makeup" to the face. In his case, permanent makeup would match the darker pigment of his lips and then use a small, vibrating needle to inject micropigment into the skin. After the slight swelling and redness fade, the treated skin should blend in with the darker color of his lips.

Shortly after the treatment, the skin on his lips already appears to be more uniform in color, as can be seen in the "after" photos. He was very happy with the results and decided that he will return to have the remaining lighter skin filled-in with permanent makeup.