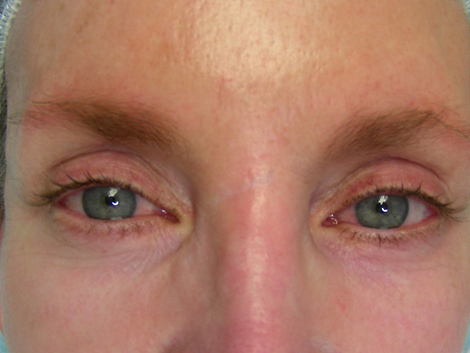 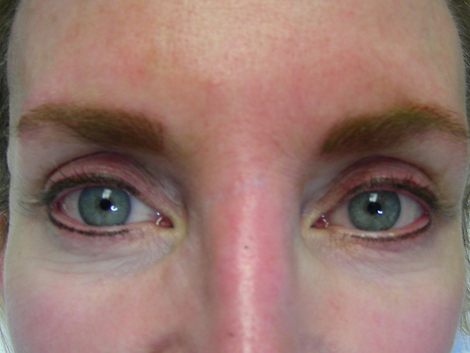 This 59-year-old woman has a very light complexion, which tended to make her eyes blend in. She also suffered from lack of sleep and constantly looked tired, making her eyes look sleepy and heavy. Instead of applying makeup everyday to make her eyes stand out, this patient wanted a more permanent solution to refresh her tired eyes. She began looking for a doctor who applied permanent makeup in Los Angeles and made an appointment with Marina Plastic Surgery Associates.

During her consultation, she mentioned that she would like permanent eyeliner around her eyes to make them more noticeable. The process, called micropigmentation, is a form of cosmetic tattooing where a doctor uses a vibrating needle to inject pigment into the skin. The result is lip color, eyeliner, or eyebrows that never smudges and never needs to be reapplied.

In the "after" photos, this patient's eyes look dramatically refreshed and younger. She no longer appears tired and her eyes look more open and alert. After the procedure, she was incredibly happy with the way her permanent makeup made her eyes pop rather than fade away. She also looks forward to spending less on over-the-counter cosmetics.