Not Your Basic Housewife Anymore

You can say that again. After mommy makeover plastic surgery – breast augmentation, liposculpture and a tummy tuck in Los Angeles – people Andrea barely knows stop her and say, “Oh my gosh, you look great! What did you do?”

Andrea and her husband, a reserve officer in the Marines, live in an Ohio town outside Cleveland. They have four boys ranging in age from ten to three years old. “I have a Blackberry just to keep their schedules straight!” Andrea laughs. “Between sports, doctor appointments and school assignments, I would fall apart without it.” For Andrea, caring for her family is a full time job and she’s “proud to say she’s a stay at home mom.”

Watching her body undergo changes as each son was born, Andrea says she knew she would eventually want to do something to restore her figure. The loose skin on her tummy bothered her most. She bought clothes to disguise her abdomen but remembers there were times when she’d be cheering at soccer practice and raising her arms, knowing her exposed skin was “hanging over my pants.” After her fourth son was born, Andrea started thinking about plastic surgery. She talked with friends who had undergone a variety of mommy makeover procedures and she did research on the Internet.

Then, in 2006, Andrea’s husband was called up for a year’s service in Iraq. “That was a very stressful time for me,” Andrea remembers. She kept the boys’ lives moving forward on her own, with the nearest family support 3000 miles away. She recalls she gained and lost weight during that year, not having much time to look after herself as she managed the household.

When her husband returned last summer, Andrea told him she was ready to think seriously about plastic surgery. After her difficult year, she wanted to focus some of her energy on herself. The couple agreed that Andrea should take time to get in shape, do more research, then decide about taking the plunge.

Andrea threw herself into her makeover. She hired a personal trainer for two months and focused on fitness, with the result that she lost more than 20 pounds. By last fall she was down to a size 10 and pleased with her efforts, but she confirmed for herself that there were aspects of her figure she could not change through diet and exercise. Andrea had discovered Marina Plastic Surgery’s website during her research and had seen our mommy makeover before and after photos. Impressed with the skill of the experienced, board-certified plastic surgeons at our practice, she decided to make time for an appointment. During a family trip to see her mom and vacation in Southern California, Andrea made it happen. “Between Disneyland and Sea World, my mom and I took time out for a consultation.”

Before her appointment, Andrea told her mom she was considering adding breast augmentation to her makeover. At first her mom was horrified, telling Andrea, “You can’t do that!” But as they talked with one of our plastic surgeons about the tummy tuck, both Andrea and her mom felt very comfortable about everything. And by the end of the consultation, Andrea’s mom was asking what the surgeon could do for her. 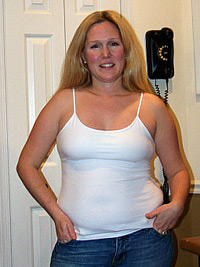 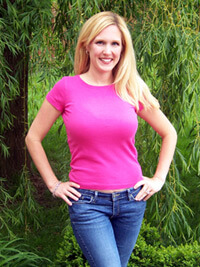 Andrea talked with one of our Los Angeles plastic surgeons about the loose skin on her abdomen, her “saggy size B breasts,” and the pockets of fat that appear with pregnancy and just never leave. The mommy makeover they ultimately planned included a full tummy tuck, or abdominoplasty, breast augmentation with gummy bear breast implants, and liposculpture, a refined power-assisted liposuction (PAL) technique that would allow precision sculpting of Andrea’s waist, hips, thighs and knees.

Andrea remembers that the surgeon said, “Here’s what I can do for you.” He then described a figure that would be even better than the one she had before her sons were born. After she and her mom looked through more photos, Andrea felt increasing excitement. Her mom felt the same way, telling Andrea, “You’re right. These results are so significant.” In the end, Andrea didn’t even consult any other doctors. After getting the thumbs up from her mom and the full support of her husband, Andrea was ready.

Asked about flying from Ohio to Los Angeles for the tummy tuck-breast augmentation-liposculpture combination surgery, Andrea says, “It was a simple process, really.” In fact, according to Andrea, being away from home enhanced the adventure for her. Taking a break from the demands of her busy schedule allowed her the time she needed to simply relax. “I adore my children,” she explains, “but having some time away was good for me. It was almost like a spa experience.”

Andrea describes her recovery process as “fabulous.” She said the pain medication she took did its job. “Of course I moved more slowly at first. And I had drains for a few days.” But Andrea says even the initial recovery was no problem. “I would do it 10 times over again.” She attributes her smooth recovery in part to the break she took from home, but mainly to the skills of the Marina Plastic Surgery cosmetic surgeon. “I really have to give the credit to him,” she says. “For me, a visit to the dentist is more painful.” One more factor she mentions is that she followed the surgeon’s post-op instructions exactly.

Andrea stayed one night in an after care facility, then recovered for the remainder of her several days in Southern California at her mom’s house. Two weeks later she was back home delivering cupcakes for her son’s class Halloween party. By that point she remembers she was feeling about 80% of normal.

As spring arrived in Ohio, Andrea planned another trip to Southern California. At the top of the agenda this time was a shopping spree with her mom. In fact, she admits that she does have one post-surgical problem: “learning how to shop all over again.” The procedure’s benefits for her body was such that she needed a new wardrobe, and the surgeon “gave me awesome curves,” Andrea says, explaining she now has natural looking, small size D breasts, exactly the size she wanted, and “an hourglass figure.” And with the fat pockets gone and a flat tummy, she now wears size two pants.

Andrea was pleased to have the opportunity for a follow up visit to the Marina Plastic Surgery practice and happy to show off her mommy makeover results. “I do look better than before I had the kids,” she says. Describing the surgeon who performed her procedure as “a genius,” Andrea added, “I would recommend him to anyone. And his whole staff is wonderful too.”

Looking back, Andrea knows she made the right decision to have breast augmentation, liposculpture and a tummy tuck in Los Angeles with the team at Marina Plastic Surgery. “Doing something like this is life-altering. You need to seek out the best.” She realizes she probably could have saved some money by having surgery closer to home but feels that if you’re only willing to pay half the cost, you’ll get, as she puts it, “half the result.” She explains, “We’re not wealthy; we’re a middle income family. Still, I knew I would live with the results forever. It was worth it to me to work with someone who’s tops in their field.”

Interested in learning more about plastic surgery? Come in and talk with our doctors in person. You can save up to $150 on your consultation when you request an appointment online and schedule during one of the select times our surgeons have set aside exclusively for Web visitors. Or, feel free to call us at 877.298.9915 to schedule your consultation.