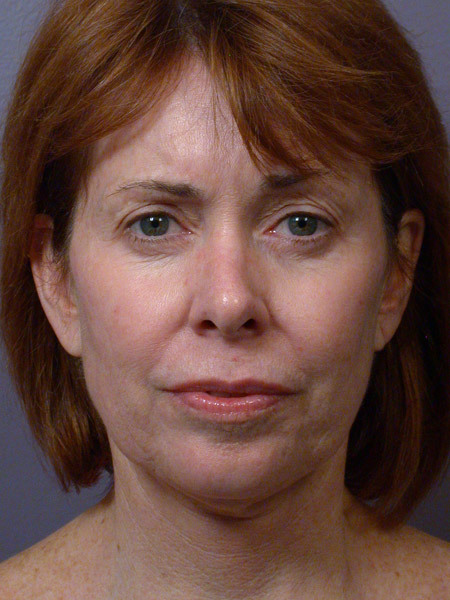 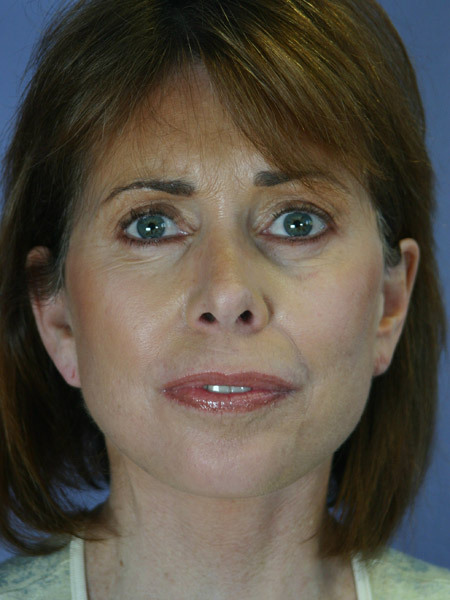 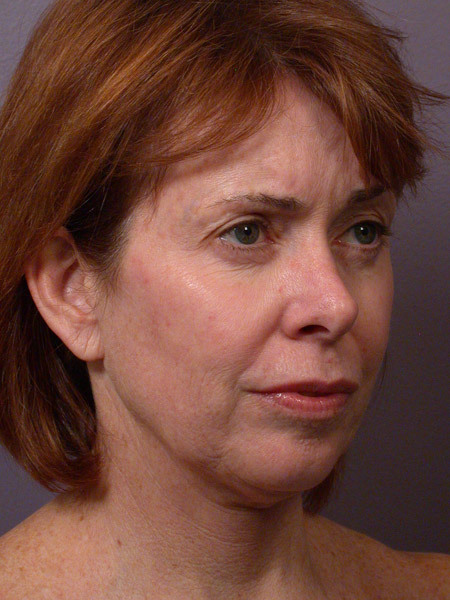 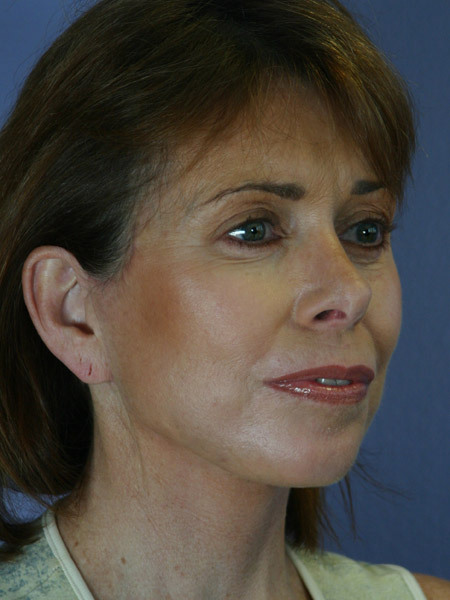 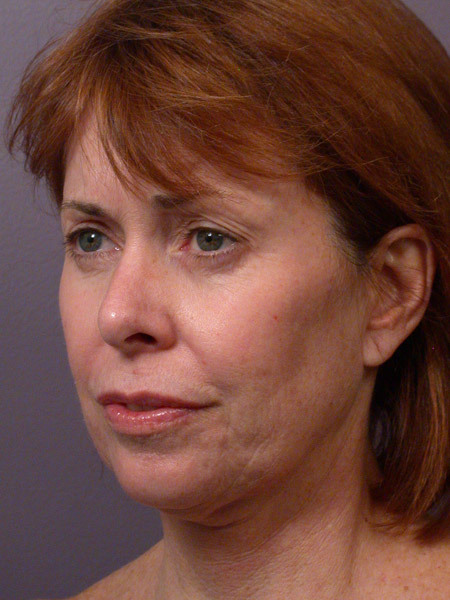 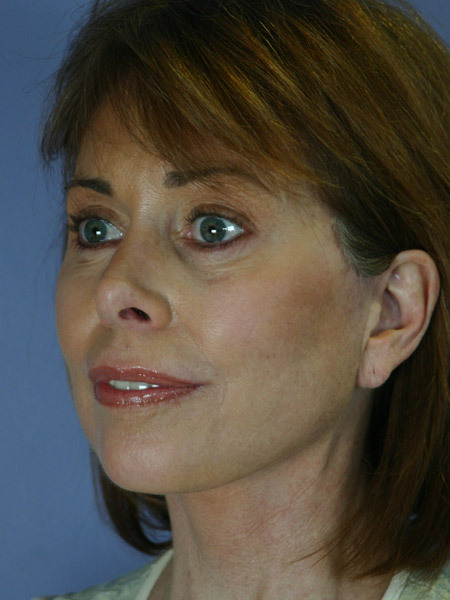 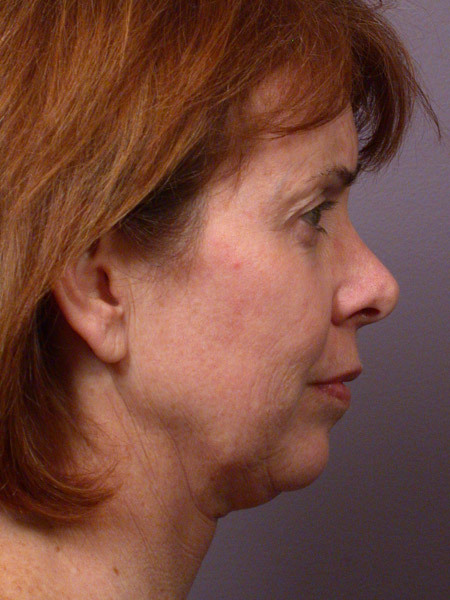 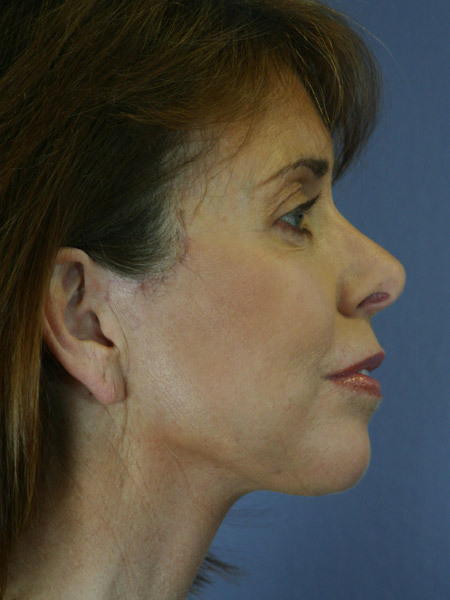 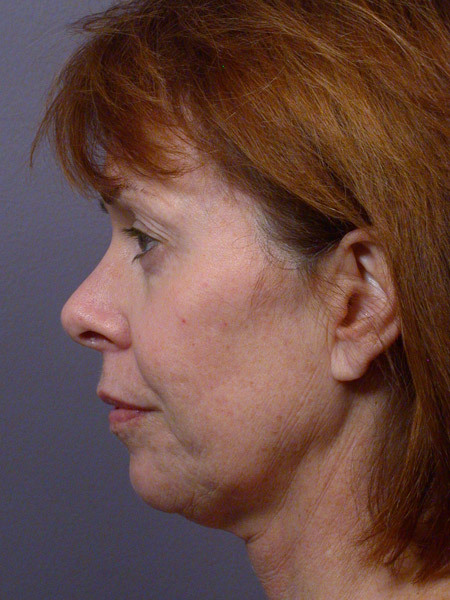 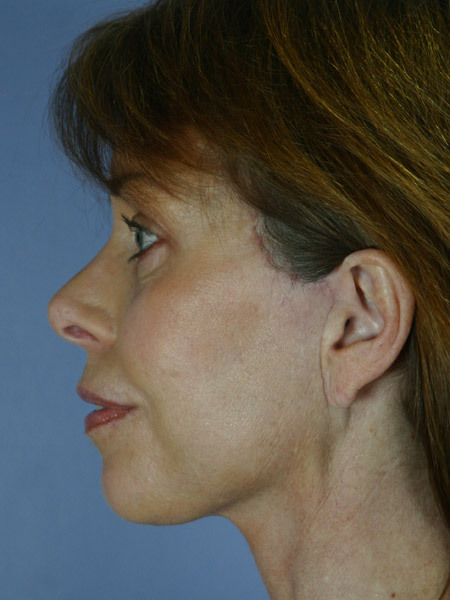 This 53-year-old woman was interested in taking a few years off of her appearance. She was mainly concerned with the skin along her jaw and the heavy, excess skin above her eyes. Knowing that a skilled Los Angeles cosmetic surgeon could subtly rejuvenate her face without making her look unnatural, she decided to contact Marina Plastic Surgery Associates for an appointment.

During her consultation, her surgeon asked her about her concerns and what changes she would like to see. She explained how she was unhappy that the skin on her jaw and above her eyes had begun to sag with time, making her look older and tired. After examining both her eyes and lower face, her surgeon suggested that she consider having eyelid surgery and a facelift. The combined procedures would give her face a more comprehensive rejuvenation than they would alone, and both could be performed concurrently to minimize her recovery downtime. Together, she and her surgeon agreed that she would have a short-incision facelift and eyelid surgery.

After her surgeries were completed and she was given time to recover, these postoperative photos were taken. As can be seen in the photos, her face looks fresh and younger. Her eyes look alert and more open following her surgery. When asked what she liked most about her eyelid surgery and facelift in Los Angeles, she said she was particularly happy with the smoothing of her skin and the definition along her jaw.