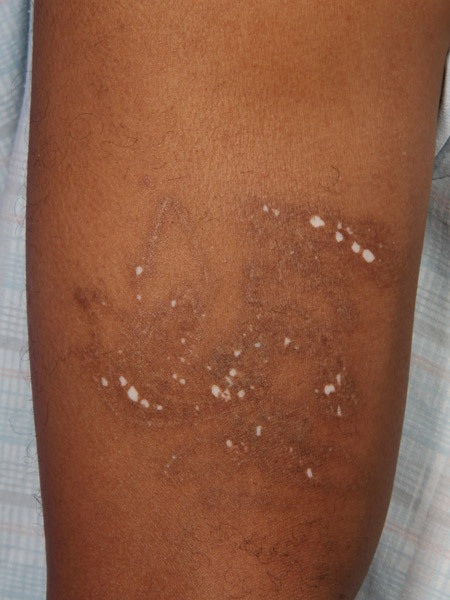 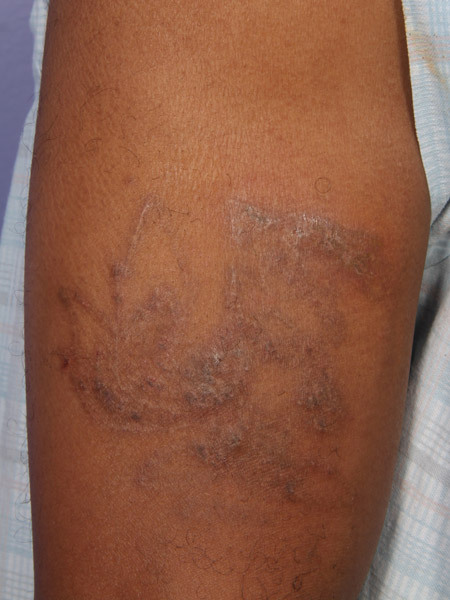 This 31-year-old man had a tattoo removed using laser technology. After two treatments with the laser, he had scars from the lack of pigment (hypopigmentation) which drew attention to his arm. Wanting to remove all signs of his old tattoo, he decided to explore camouflaging procedures, often referred to as permanent make up, in Los Angeles.

When he came if for his consultation at Marina Plastic Surgery Associates, he explained his concerns about his scarring and asked how the pink spots could be covered up. After looking at this patient's arm, his surgeon concluded that permanent make up would, in fact, be his best option for diminishing the scars appearance. After customizing a pigment that matched this patient's skin, his surgeon used a small vibrating needed to inject pigment into the pink spots on his skin. After a short procedure, the spots were completely covered up.

In his "after" photos, there are no signs of hypopigmentation, making his scar much less noticeable. He was very happy with the procedure and was very grateful to his Los Angeles cosmetic surgeon for helping him rid himself of the annoying leftovers from his old tattoo.