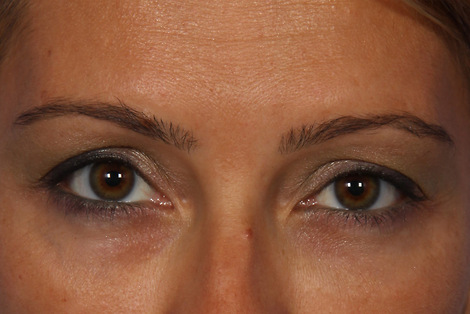 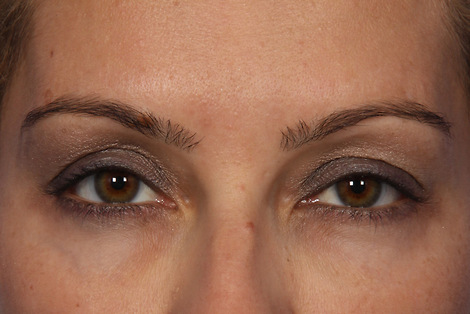 This 36-year-old female was worried about signs of aging around her eyes. She was especially concerned because her upper eyelids had become droopy and were causing her eye makeup to smudge. In need of an expert's opinion, she contacted the board-certified plastic surgeons in Los Angeles at Marina Plastic Surgery Associates.

During her consultation, the doctor examined her eyelids and listened as she explained her concerns. She said she wanted a more defined eyelid crease, as well as reduced lines around her eyes and on her forehead. She did not want to undergo surgery, so she asked about non-surgical options. The doctor recommended the anti-wrinkle injectable BOTOXÂ® Cosmetic for her Los Angeles treatment. She was told BOTOX would not only reduce wrinkles but also "open up" her eye area so that her eyelids sagged less. Excited to get started, she scheduled an appointment for treatment. During her procedure, the doctor injected 20 units of BOTOX into the glabella (the area between the eyebrows), 8 units into the forehead and 20 units around the eyes. The results gradually appeared during the next week. Now, 3 weeks after treatment, the patient's eyebrows look more open and alert and her wrinkles are reduced. She is very glad she chose Marina Plastic Surgery Associates and looks forward to enjoying her results for the next 3 to 6 months.