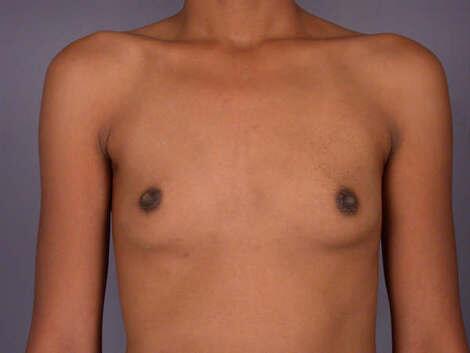 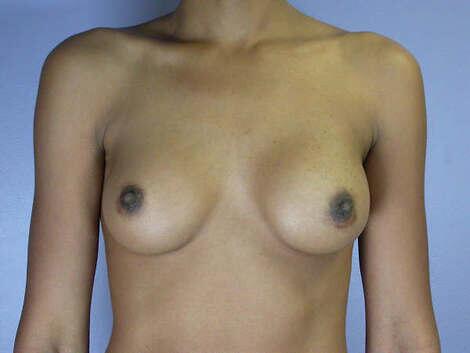 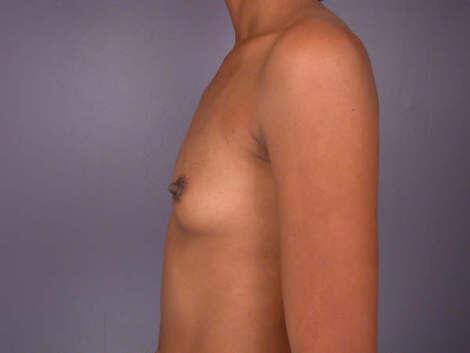 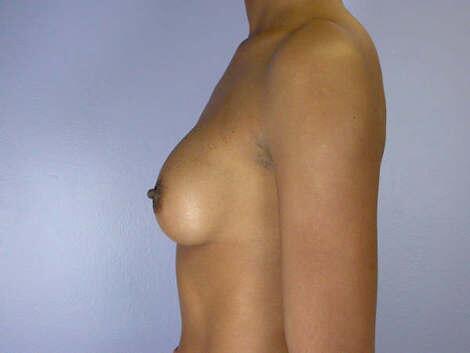 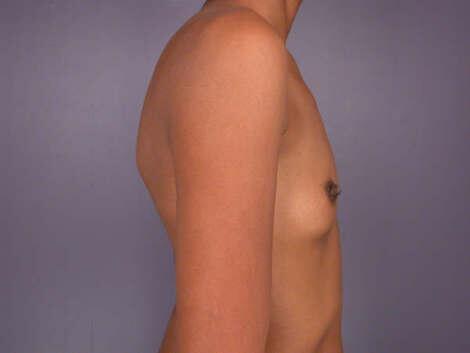 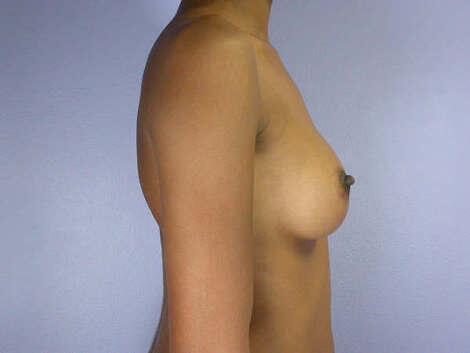 This 33 year old woman had lived with micromastia (considerable underdevelopment of breast tissue) for many years and came to our cosmetic surgery practice near Santa Monica with the goal of achieving a more "normal" breast contour so that she would not feel self conscious about her breast appearance.

At 6'1" and 150 pounds, she had a very trim figure and her surgeon recommended breast augmentation to help her achieve her goal. She did not want very large implants because she did not like the look of breasts that "stick out" and appear obviously augmented. Instead, she wanted a natural look that would "make up for" her substantial lack of breast tissue.

At her consultation, she chose saline implants, to be placed underneath the pectoral muscle to help achieve a more natural appearance that concealed the implant itself. Because she had so little breast tissue to begin with, placing the implants above the chest muscle would have resulted in the implants being very easily seen, with an obvious or "stuck on" appearance. Most women do not want implants to be this noticeable.

Her surgery was performed on an outpatient basis and she had no complications. A year following her Los Angeles breast augmentation surgery (when the "after" pictures were taken), her breasts have a healthy, natural contour that gives her just enough breast volume to feel confident and attractive.