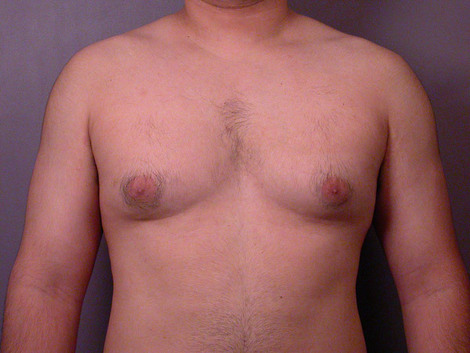 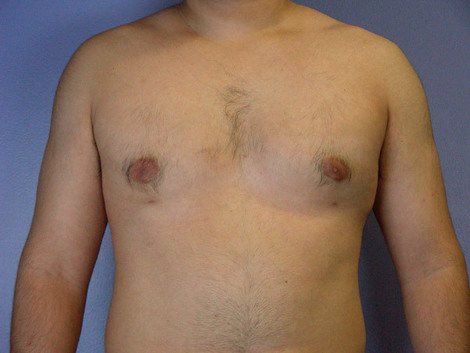 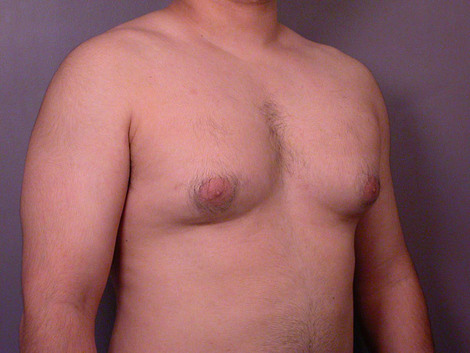 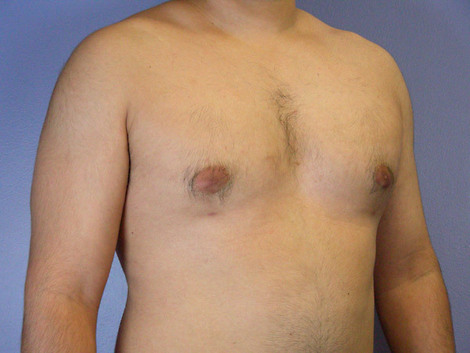 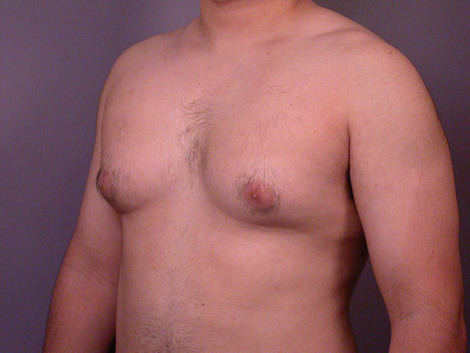 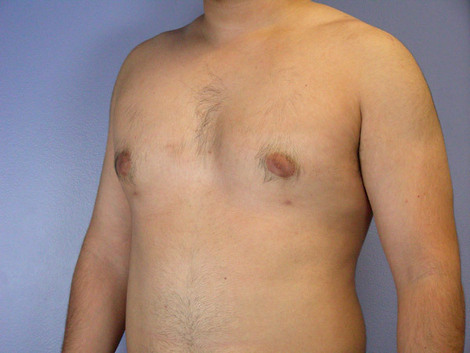 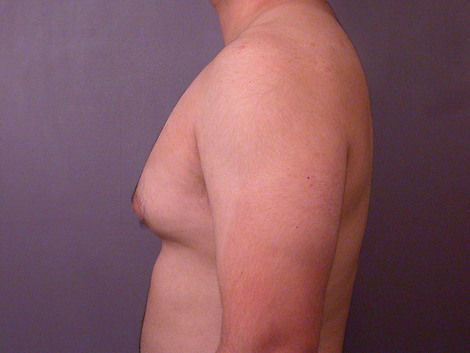 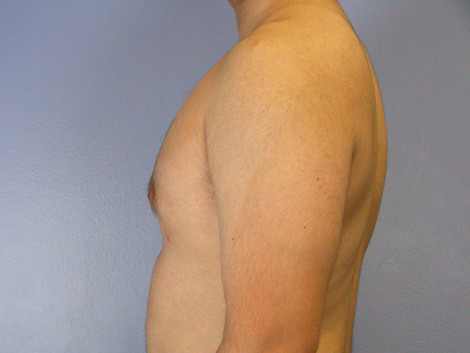 This 24-year-old man was uncomfortable with the look of his chest, especially when he wasn't wearing a shirt. He had accumulated fat on his breasts, creating a condition called gynecomastia which resulted in enlarged breasts. Wanting to have a more masculine appearance, he decided to research different Los Angeles plastic surgery centers to find one that performed male breast reduction. He eventually scheduled a consultation at Marina Plastic Surgery Associates.

When he met with his surgeon, he asked what his options were for treatment. His surgeon first examined this patient's breasts and concluded that he would only need to perform liposuction to reduce their size. He would use a swift and effective technique called power-assisted liposuction to remove the fatty deposits that had accumulated and would only need to make small incisions to perform the surgery. Once the surgery was completed, the patient would wear a compression garment to promote better healing.

Two months after his Los Angeles liposuction, this patient returned to have his "after" photos taken. His breasts are clearly flatter in his "after" photos and show no real signs of surgery. He was very happy with the results of his surgery and felt greater confidence when not wearing a shirt.