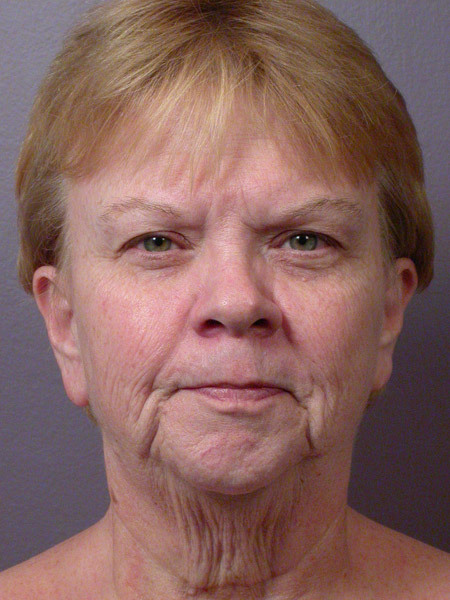 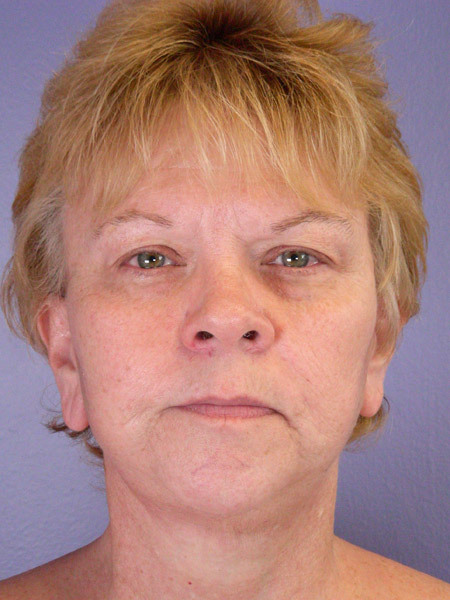 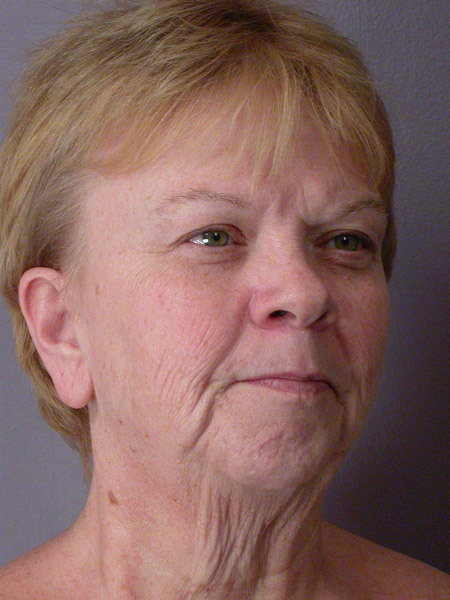 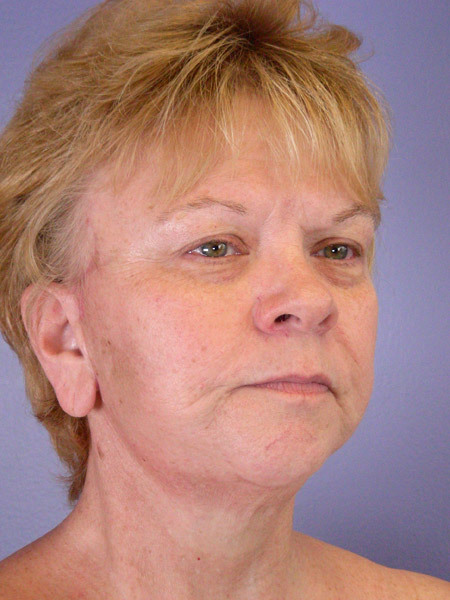 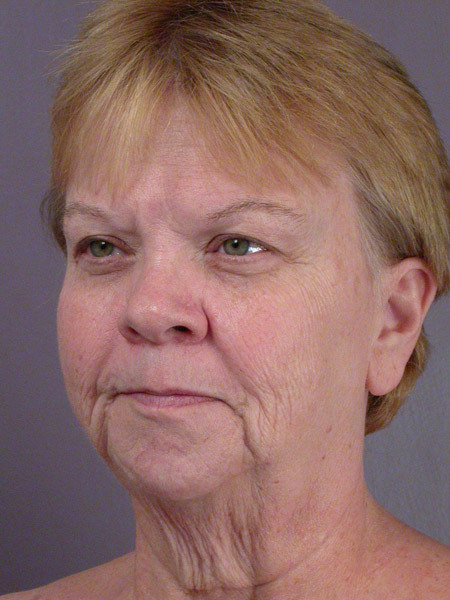 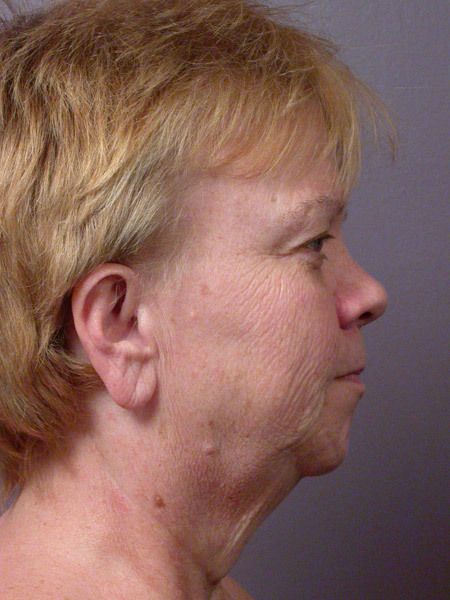 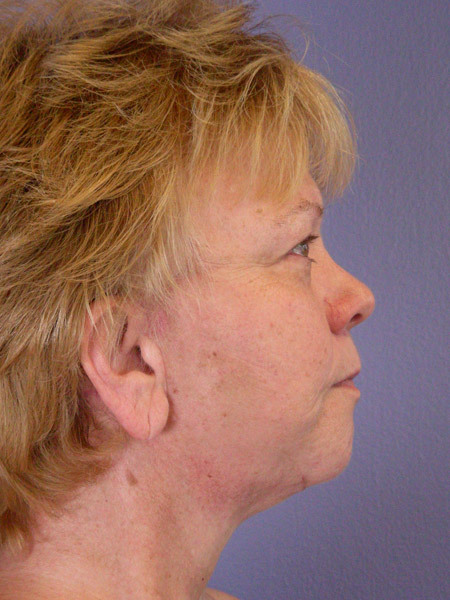 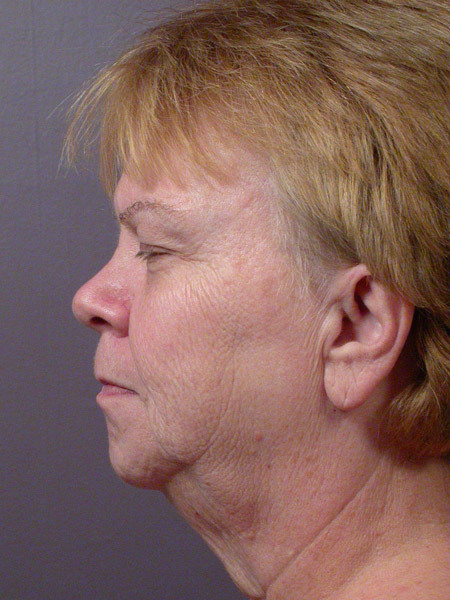 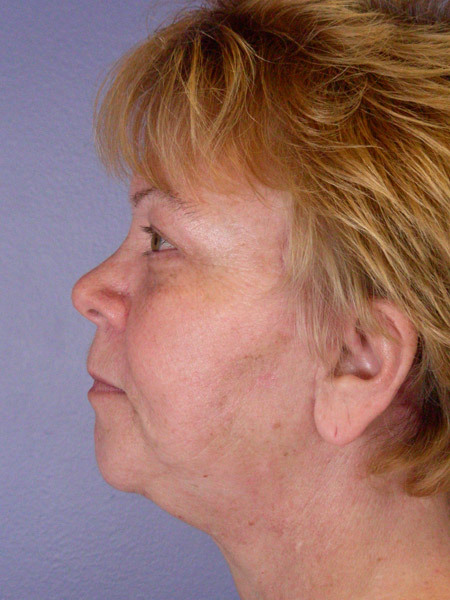 This 57-year-old woman had worked hard to lose over 100 pounds, but although she felt like a new person, the sagging skin on her lower face constantly reminded her of the weight she had lost. Wanting to rid herself of the sagging skin on her neck and jowl, she decided to pursue Los Angeles plastic surgery so she could feel more confident and show off all her hard work.

When she came in for her consultation, she met with one of the skilled plastic surgeons to discuss her concerns. She explained to him that when she lost so much fat, the skin on her neck became lax and began to bother her greatly. To best address her concerns, her surgeon recommended that she have a facelift. By tightening and lifting the lower portion of her face, he would reduce the appearance of wrinkles and make her face appear younger.

She recovered beautifully from her Los Angeles face lift and returned for her postoperative evaluation. As can be seen in her "after" photos, her skin is visibly tighter and the excess skin and fat below her chin has been drastically reduced. She was particularly pleased with the way her wrinkles were smoothed after her operation.