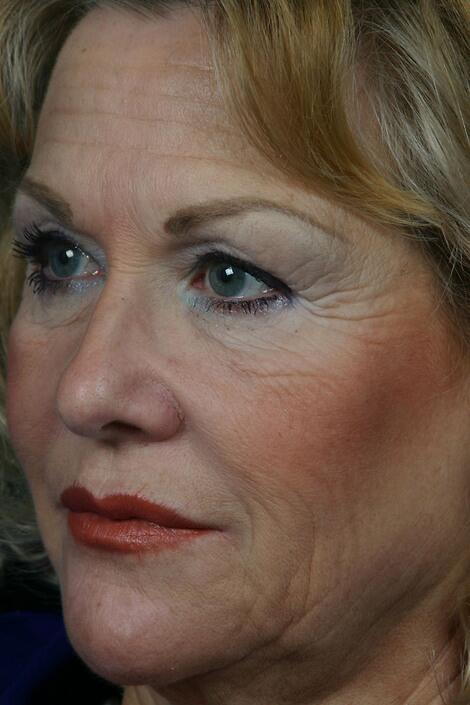 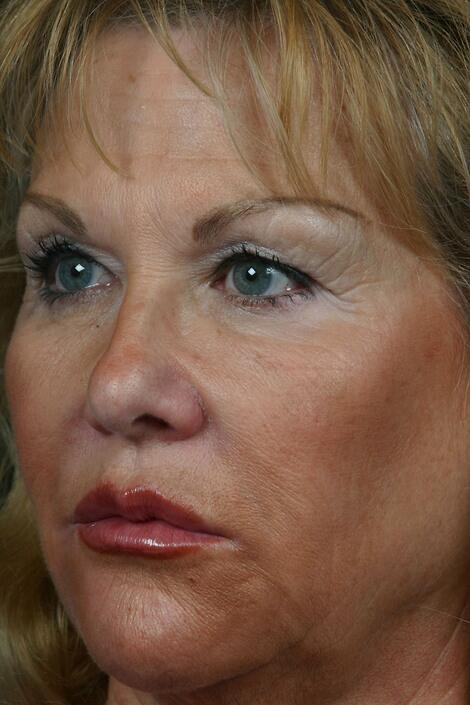 This 61 year old woman was seeking a treatment that would help reduce the concerns she had with the appearance of her skin. The areas she was concerned about were her cheeks, smile lines, and wrinkles on her lower face and lips. She also expressed her frustration with the way her lips look when she wears lipstick because the lipstick bleeds into the lines surrounding her lips.

The treatment she received to help fade her wrinkles and give her a more youthful appearance consisted of injections in the cheeks, lower face, and lips. This patient chose the dermal filler called Perlane® which Los Angeles residents give high marks due to its ability to diminish wrinkles and lines. This patient received four syringes of Perlane in the cheeks, three for the lower face, and one for the lips.

In addition, to give her face a smoother appearance, this patient chose Dysport™ for wrinkles in her forehead. Dysport is used to relax facial muscles, reducing wrinkles and frown lines.

From the photos it is apparent that the injections did minimize her wrinkles and her skin has an altogether smoother look. Around her eyes and lower cheeks her skin has a lifted, tighter appearance which she desired for her Los Angeles skincare treatment.