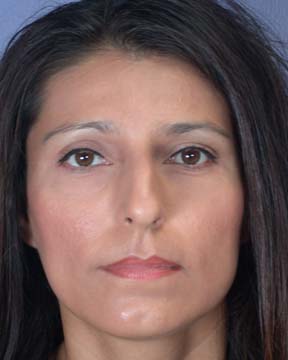 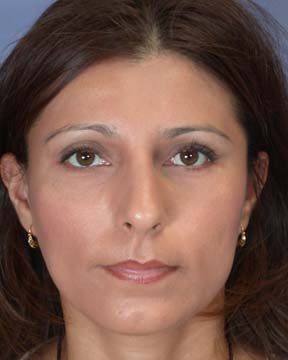 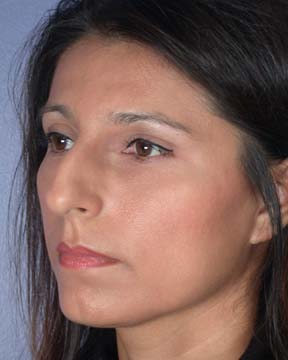 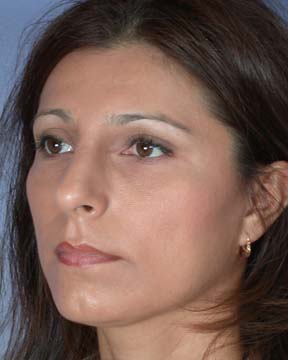 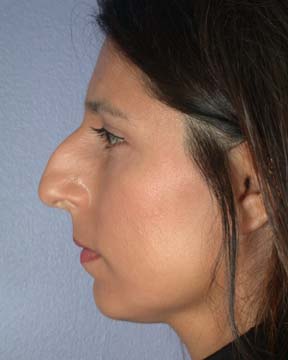 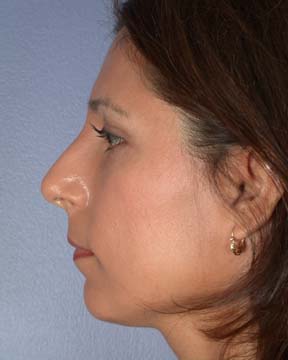 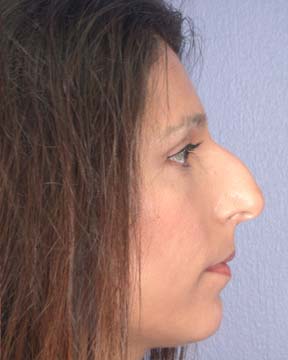 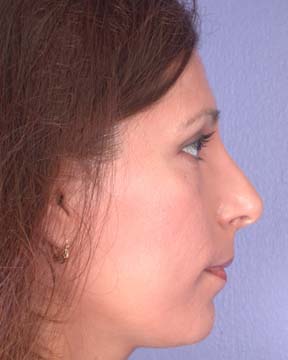 This 32-year-old woman from Los Angeles, California desired nose reshaping surgery (rhinoplasty) to improve her appearance. She decided to have a consultation at Marina Plastic Surgery Associates because she wanted a plastic surgeon with expertise in nose surgery. She also had a sister who had a rhinoplasty the same surgeon, and the result was so beautiful and natural that it gave her the confidence to consider nose surgery herself. In her personal life, she knew that she was going to be getting married in a few months. She had always been bothered by profile pictures of her nose, and the thought of all those wedding photographs capturing her profile made her somewhat anxious. She was hoping to improve the appearance of her nose just before she started this new phase of her life as a married woman. I advised her to consider doing the nose surgery sooner rather than later so that she would be totally healed when it came time for the wedding.

She felt that the strong appearance of her prominent nose gave her a more masculine look than she preferred. She wanted a nose that did not dominate her face and did not detract from her other beautiful facial features. While she did desire a substantial change in the appearance of her nose, she was concerned that it still appears natural. Specifically, she did not want a nose with a scooped dorsum. Functionally, she breathed normally through both of her nostrils.

On examination at our Los Angeles rhinoplasty practice, I found that she had what I describe as a tension nose. The prominent cartilage and bone on her nasal dorsum caused her to have a large dorsal bump that appeared out of harmony with her otherwise feminine characteristics. It also caused an over projection of her nasal tip, making the nostrils appear long and narrow while the overall proportions of the nose were suboptimal. Although the position of her nasal tip was not ideal, the actual shape of the tip was perfect for her. Functionally, her nasal airways were normal.

We thoroughly discussed my findings and her desires. Together we agreed on an operative plan. We reviewed the plan for surgery a second time the week before her scheduled operation.

In the operating room, I used a closed rhinoplasty technique that had all incisions concealed within the nostrils. I removed a substantial amount of bone and cartilage from her dorsum until I was satisfied with the change. I then gently moved her nasal bones together to make the bones less wide. I slid her nasal tip back and changed the nostril shape from slit-like to more round. I then used a meticulous closure technique for her incisions and placed her in a nasal splint. Like most of my patients, she did not require nasal packing.

She healed beautifully and we were both extremely pleased with the result. The rhinoplasty had an almost magical effect on her appearance. Whereas before she frequently disliked having her picture taken, she now was comfortable with photographers. I know because she brought her wedding pictures in to the office to share with us and to tell us how happy she was with her new nose. She felt that the result actually exceeded her expectations. Now both she and her sister had fantastic experiences with nasal reshaping surgery at Marina Plastic Surgery Associates. She is shown here before and four months after her rhinoplasty operation.