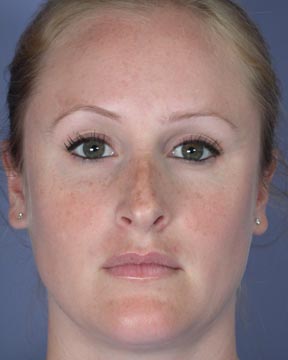 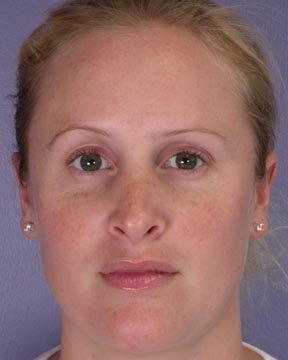 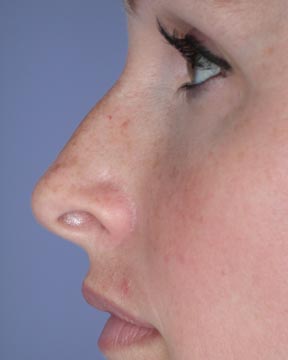 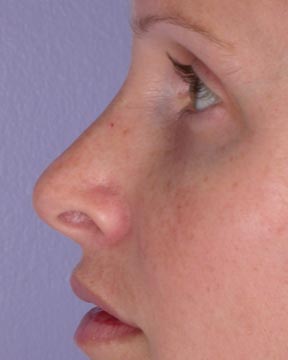 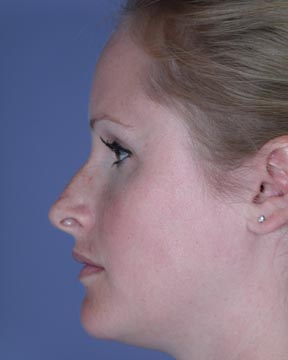 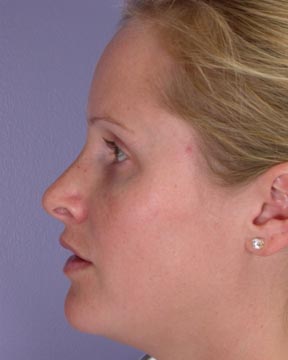 This 26-year-old female was interested in nose reshaping surgery. She researched surgeons and chose to consult with a plastic surgeon that was board certified by the American Board of Plastic Surgery and that specialized in rhinoplasty surgery.

In her visit to our Marina del Rey, California office, she expressed her desire to soften the overall appearance of her nose. She was most bothered by the bump on the dorsum of her nose. She was also interested in other more subtle changes to give her nose a more feminine appearance. She hoped that a natural appearing rhinoplasty result would better match the rest of her facial features.

During her examination in our office, we discussed the distinctive appearance of her nostril rims, which were somewhat retracted. This made visible an excessive amount of columella, the structure that separates the two nostrils. We also discussed how her nasal tip was somewhat over projected, making her nose appear stronger and sharper than she desired. She also emphasized that she wanted a nice improvement in her appearance, but did not want to look like an entirely new person as a result of her surgery. After thoroughly discussing these options with her, and formulating a plan for her operation, she elected to have her nose reshaping procedure.

A closed rhinoplasty technique was used that concealed all incisions within the nostrils. The bump on her dorsum was improved by removing a portion of the bone and cartilage in that area. On the lower portion of her nose, the septal cartilage was trimmed so that she would have less columellar show on the lateral view. Her tip was moved back slightly to make her nose less prominent, and this also softened the sharpness of her nasal tip.

She recovered beautifully from the surgery and her nasal splint was removed one week after surgery. Like most of our nose reshaping patients, she did not require any nasal packing. In these photographs, she is shown before and approximately six months following her nose reshaping surgery.