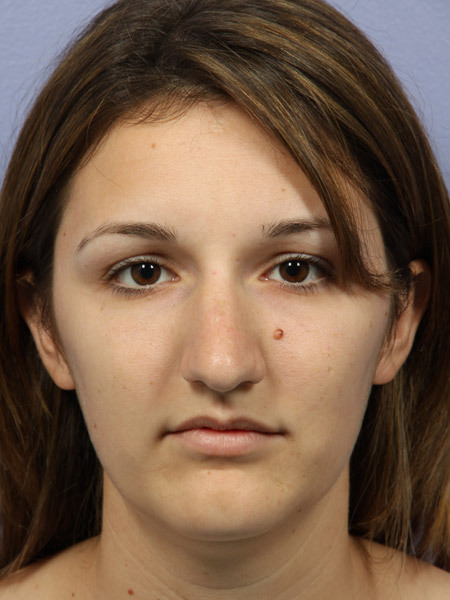 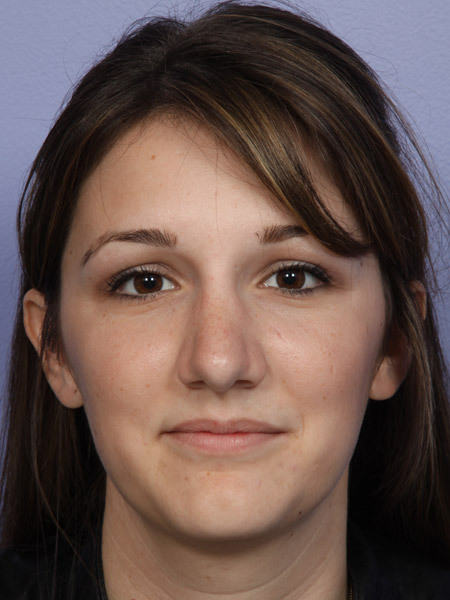 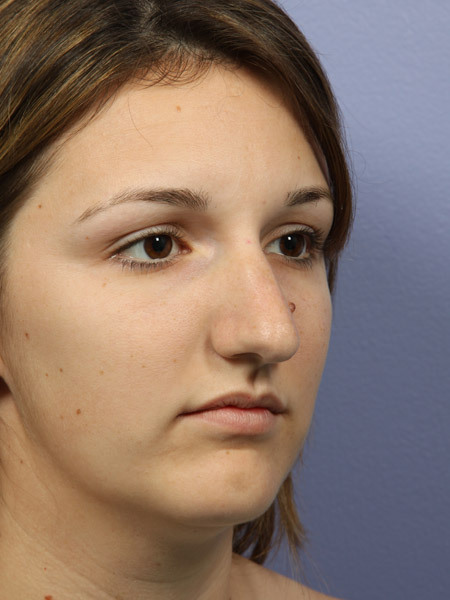 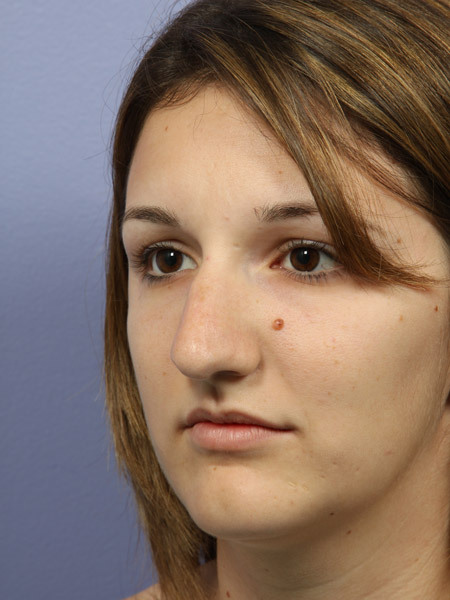 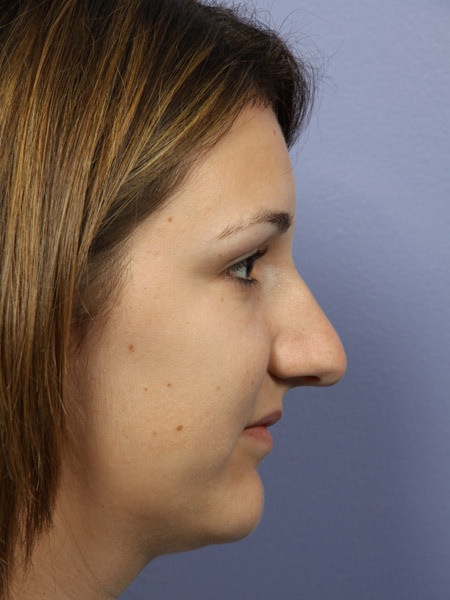 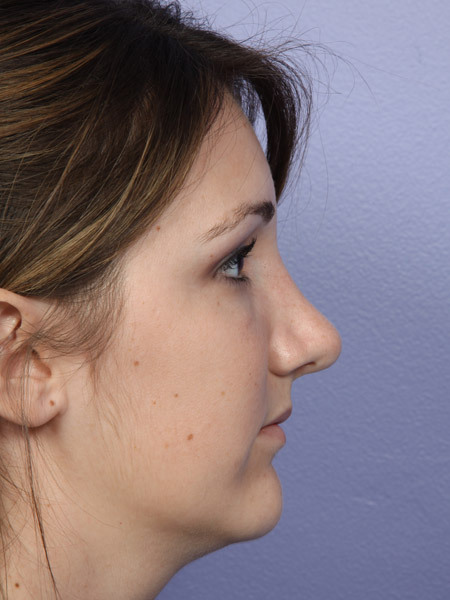 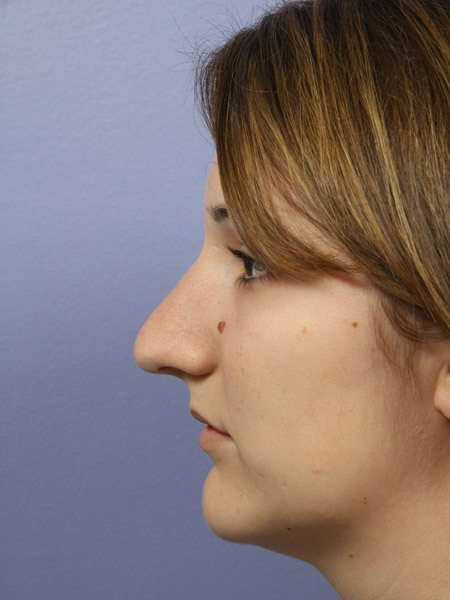 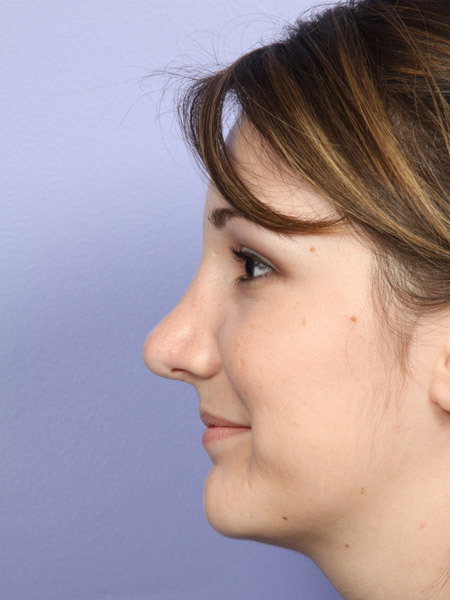 This 24-year-old woman didn't like the "hook" shape of her nose and wanted to find a cosmetic surgeon in Los Angeles. Having heard about the talented professionals at Marina Plastic Surgery Associates, she requested a consultation to discuss her options.

At the time of her visit, she told her surgeon that she disliked her prominent nose and thought it was too long. She also told him about her breathing trouble and he conducted a brief physical examination of her nasal structure. After a few photos and measurements, he concluded that a deviated nasal septum was making it difficult for her to breathe and suggested septoplasty in addition to rhinoplasty in Los Angeles. A septoplasty surgery involves straightening the nasal septum (the bone and cartilage that divides the two nostrils) so that it is centered and allows for better airflow. She took his advice and scheduled an appointment for the operation.

The patient returned four months following her surgery for her post-operative photos. The pictures reveal that her nose is much smaller with a more natural slant. She also asked her surgeon to remove the mole on her left cheek, which was distracting from her large brown eyes. She is very happy with her new look and reports no breathing problems.