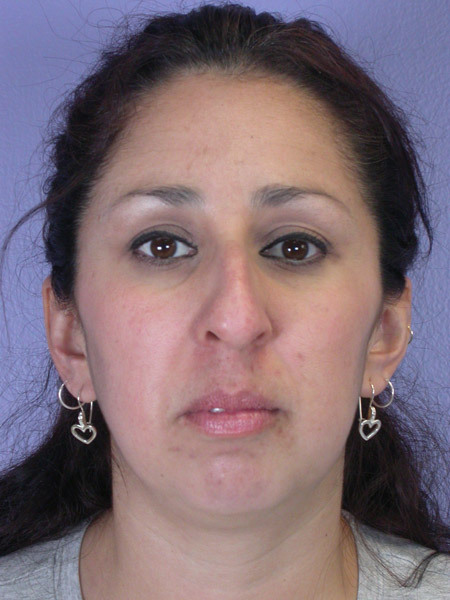 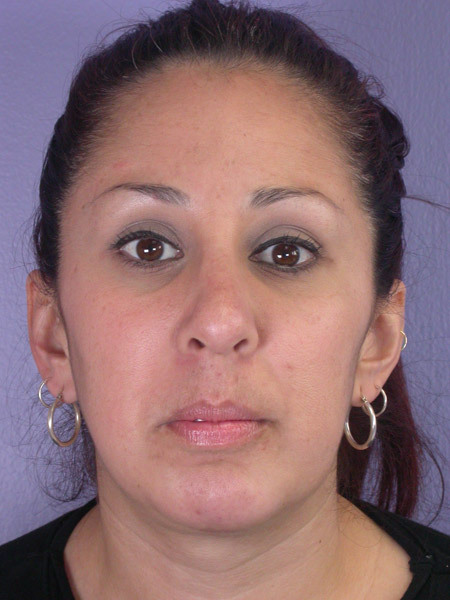 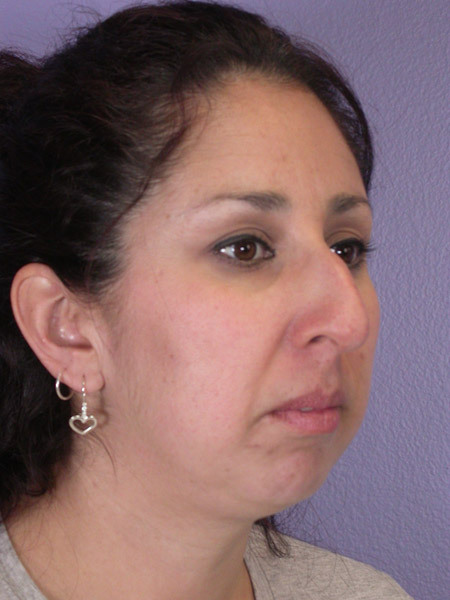 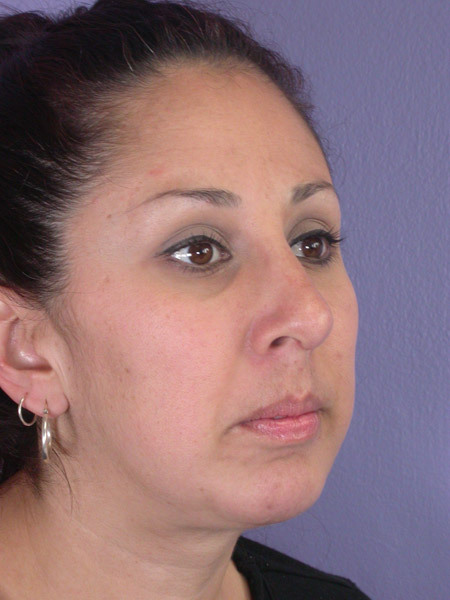 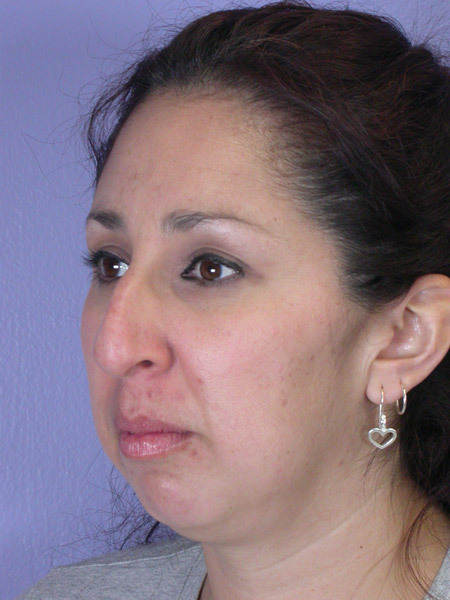 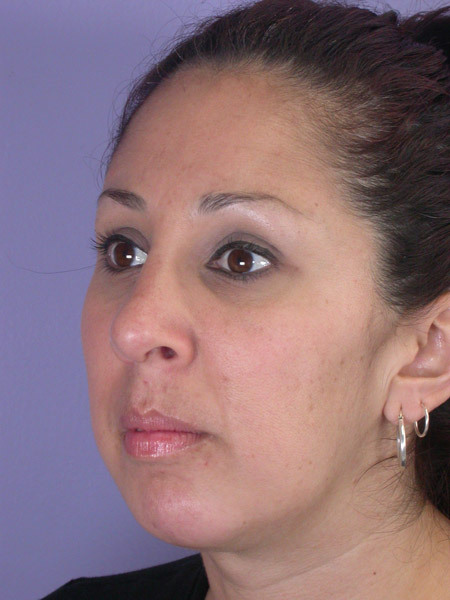 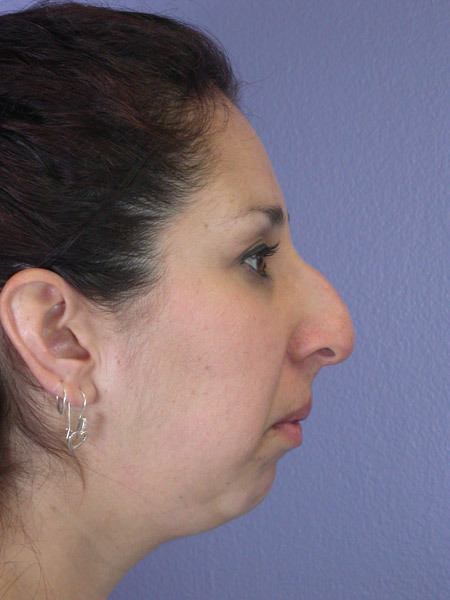 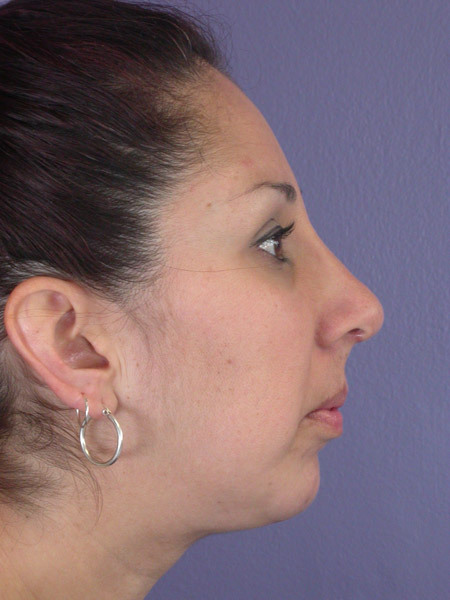 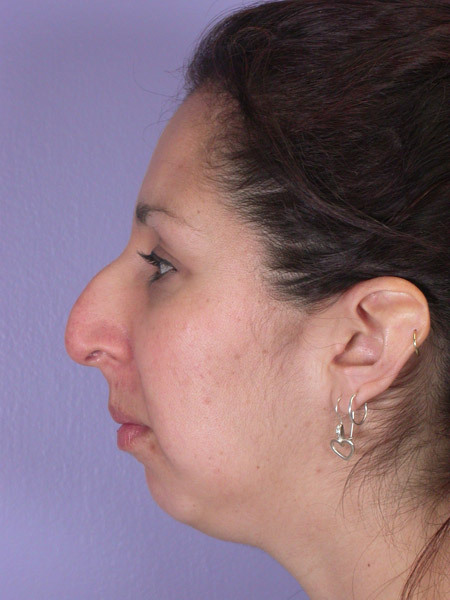 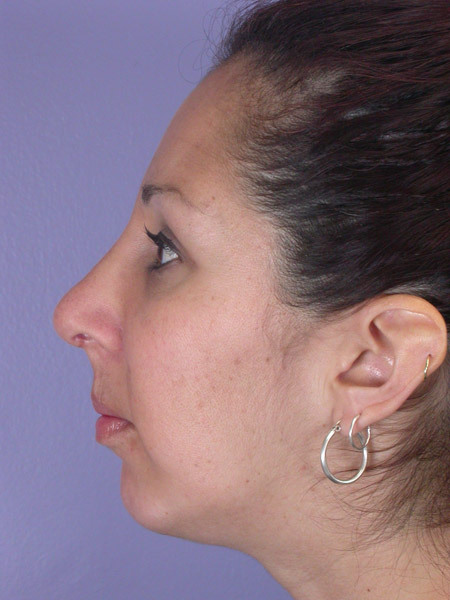 This 35-year-old woman was very unhappy with the look and shape of her nose, which she felt was very prominent and hooked downward, distracting from her other facial features. After considering surgery for a while, she felt it was time to have a smaller, more feminine nose. She began looking for a Los Angeles rhinoplasty specialist to achieve the look she wanted, eventually scheduling a consultation with one of our board-certified plastic surgeons.

When she met with her surgeon, she expressed a concern about dramatically changing the look of her nose. Her surgeon explained that although the transformation would be dramatic from the profile view, it would not change her appearance entirely, or in other words, she would not look like someone else. He also suggested adding chin augmentation as well to balance her profile even further, but even with this addition, she would still see effective and subtle, rather than dramatic, improvement. After the specifics of her surgery were planned, she was eager to have a new look.

Her "after" photos were taken after she had recovered from her Los Angeles plastic surgery. They show a radical transformation in the proportions of her face and in the femininity of her nose. She now has a smaller nose with a feminine contour that balances nicely with her new chin. She was thrilled with the results.