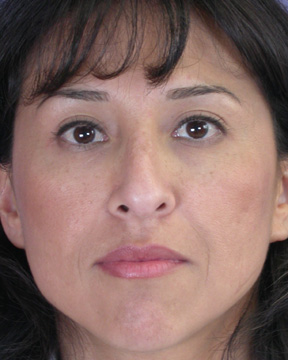 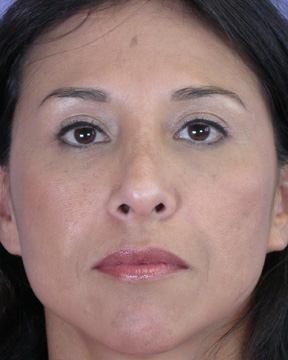 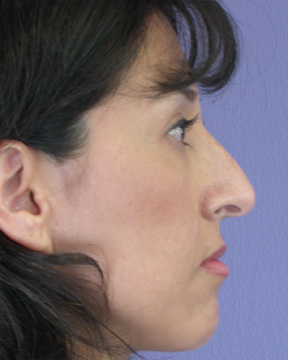 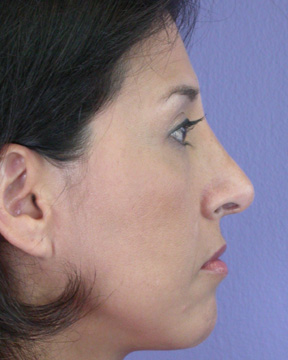 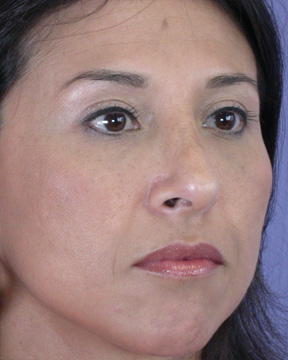 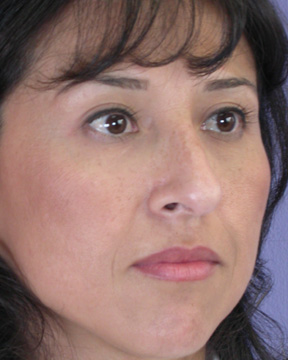 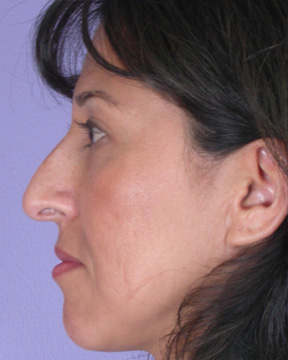 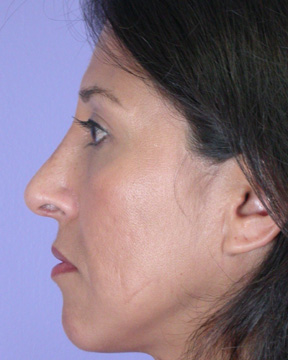 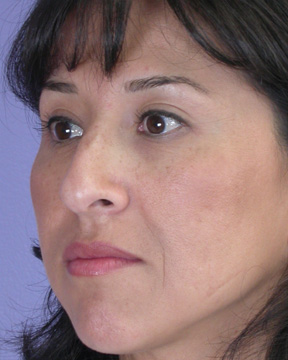 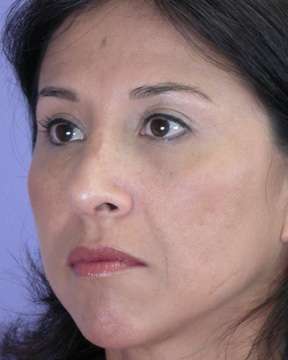 This 35-year-old woman wanted to give her nose a straighter shape that would look more proportional in relation to her other facial features. She decided to meet with one of the well-known Los Angeles rhinoplasty surgeons at Marina Plastic Surgery Associates.

Rhinoplasty (nose surgery) can enhance the function as well as the appearance of the nose, and can be performed alone or in conjunction with another facial plastic surgery procedure. To help restore her facial balance and enhance her confidence in her appearance, her surgeon recommended reducing the bridge of her nose and slightly rotating the angle of her nose tip.

Rhinoplasty is performed under general anesthesia to allow the surgeon greater control and precision during the procedure. The surgeon will usually begin with an incision between the nostrils, then gently raise the soft tissue at the tip before reshaping the inner structure of the nose to create a result that will match the patient's goals. Afterward, the tissues are repositioned, the incision is closed, and the patient is given specific instructions on how to make the healing process go as smoothly as possible.

This patient came in for her follow-up appointment just one month after her procedure. In the "after" photo, the left and right sides of her nose appear more symmetrical, and her nasal hump has been reduced significantly. Some swelling sometimes remains through the first month, but this patient's nose is already healing very well, and her final results will be visible at about six months after her surgery. She is very pleased with the results of her Los Angeles nose surgery.