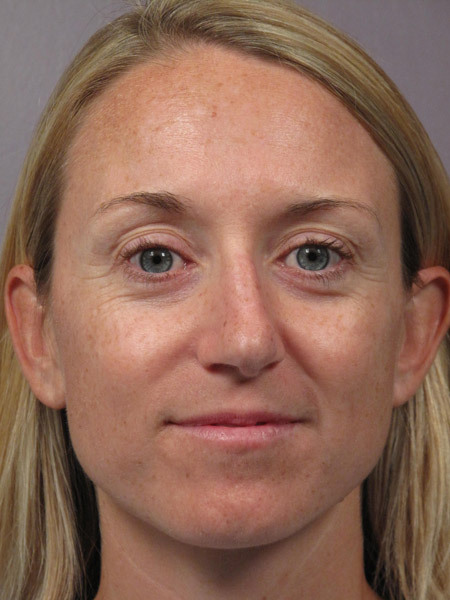 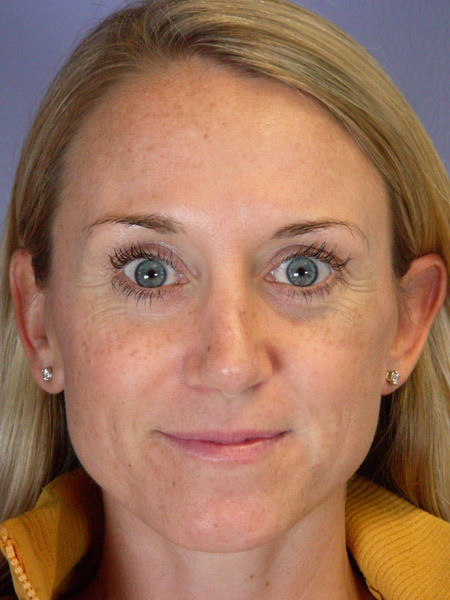 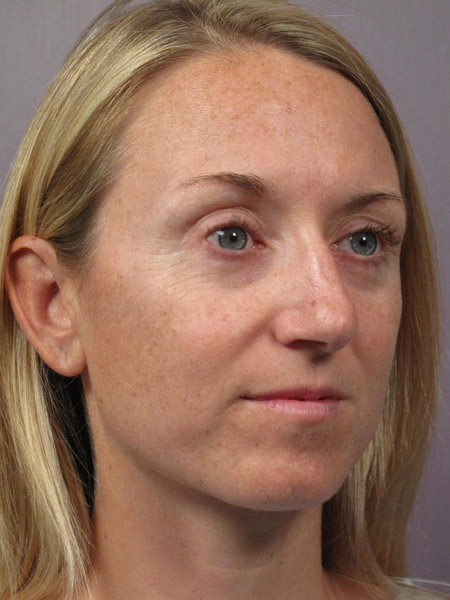 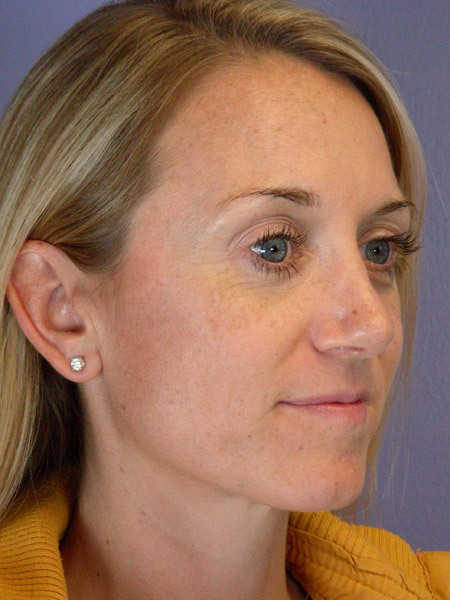 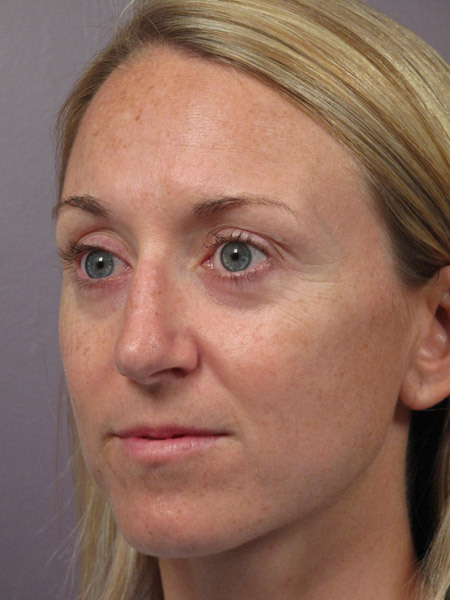 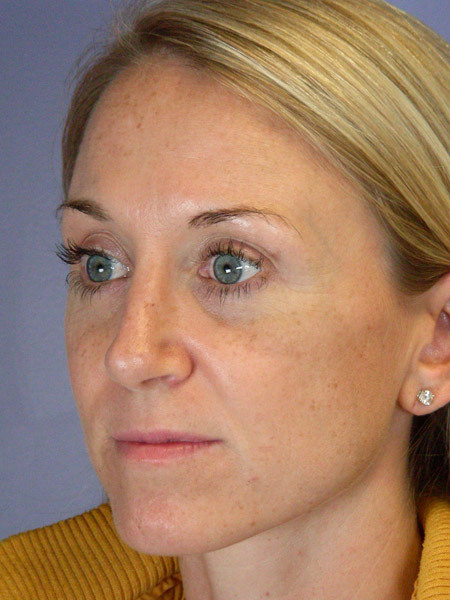 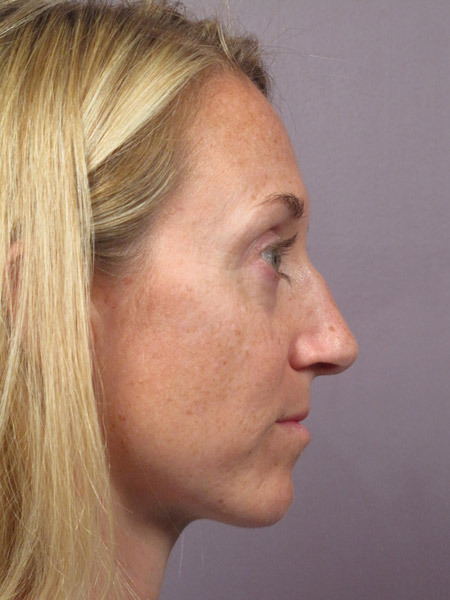 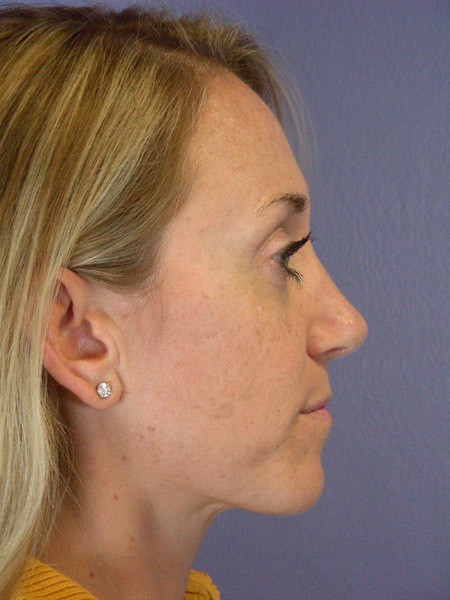 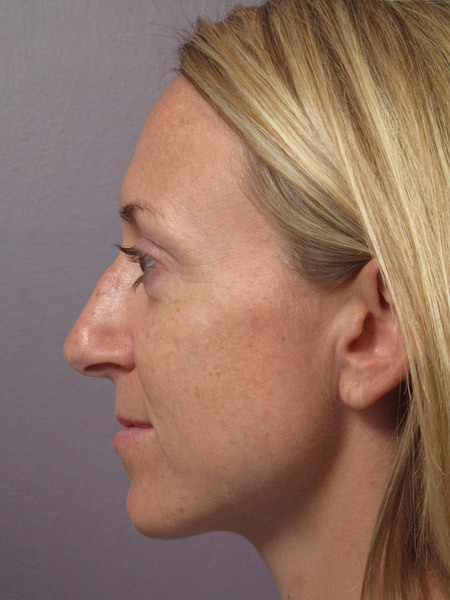 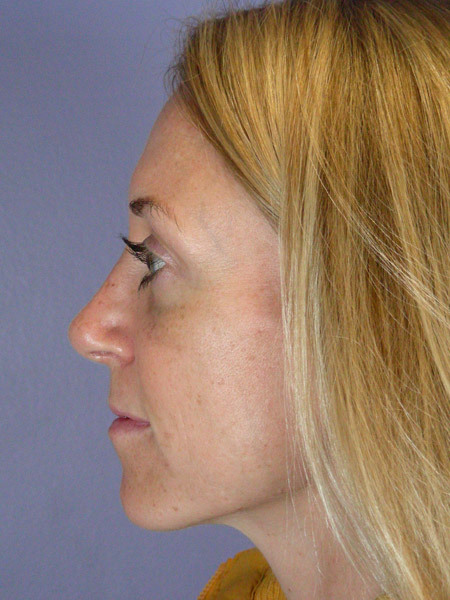 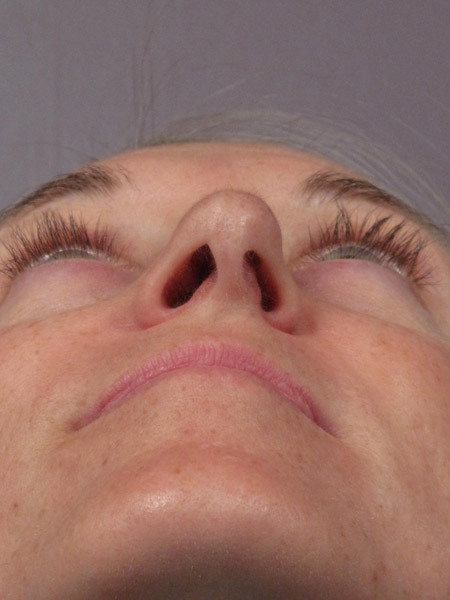 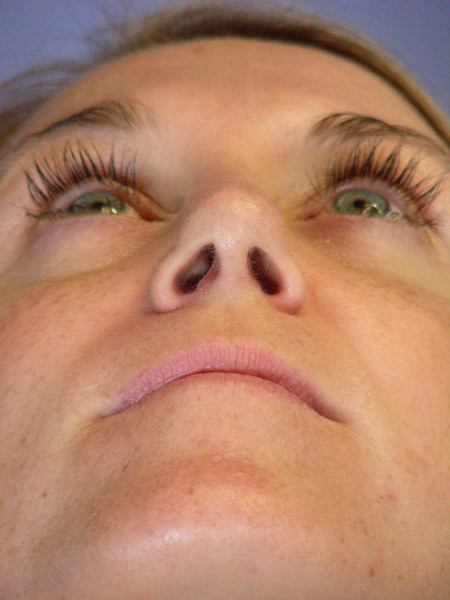 This 32-year-old woman wanted to improve her breathing as well as the appearance of her nose. She had problems breathing through her nose because she had a deviated septum and narrow internal nasal values in addition to enlarged tubinates. Wanting to breathe easier, she decided to contact Marina Plastic Surgery Associates to discuss undergoing Los Angeles nose surgery.

During her consultation, she expressed her concerns to her surgeon and he examined her nose. It was clear that the combination of a deviated septum, narrow internal nasal valves and enlarged turbinates created some external asymmetry. So, during her surgery, which would be considered a septorhinoplasty, he would try to straighten her nose and clear up her nasal passage ways internally.

Performing an "open" technique, her surgeon made a small incision below her nose so he could freely maneuver inside. She had nasal spreader grafts and turbinate outfracture to achieve her cosmetic and functional goals. After she was given time to recover, she returned to have her "after" photos taken. While the internal improvement cannot be seen in the photos, her nose is noticeably straighter and subtly changed to create a more concave slope. She was very happy with the results and was grateful to her Los Angeles cosmetic surgeon.