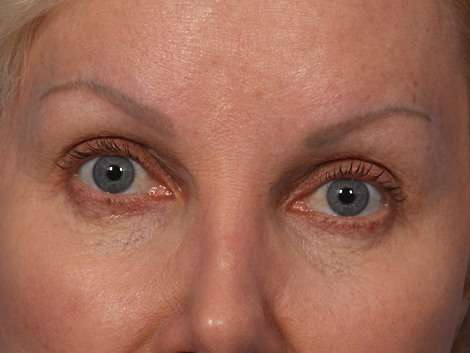 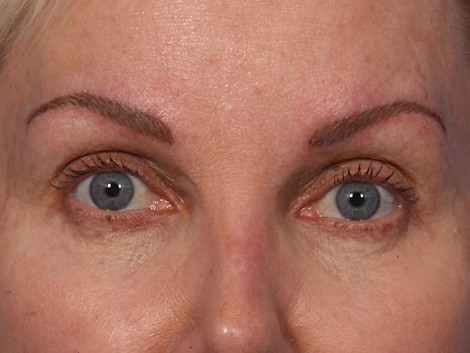 This 57-year-old woman had lost much of the hair on her eyebrows and felt very uncomfortable with her appearance. She had heard of that some centers for plastic surgery in Los Angeles offered permanent makeup to define facial features such as the eyes, lips and eyebrows, so she began researching the procedure. After finding out about Marina Plastic Surgery Associates, she decided to contact them to undergo permanent makeup in Los Angeles.

She came into the office to meet with her plastic surgeon who explained to her the entire process. He would first numb the area around her eyebrows to maximize her comfort during the procedure, and then using a small vibrating needle, he would inject micropigment in a
hair-like pattern to add definition without making her eyebrows look unnatural. The procedure was over very quickly, but gave her instant definition that looked very natural.

Shortly after her procedure was completed, her "after" photos were taken to show the dramatic change. The custom-matched pigment and small hair-like strokes make her eyebrows stand out without detracting from her other features. She was very pleased with the results.