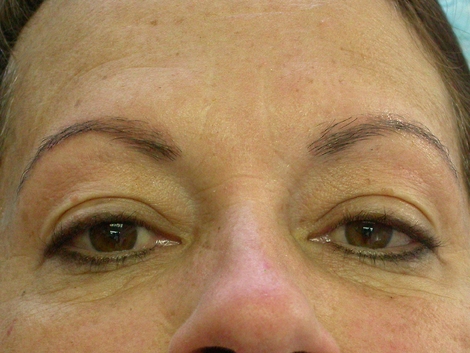 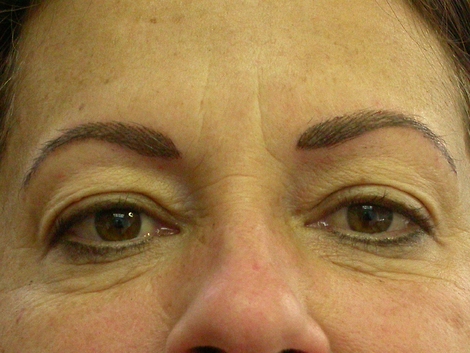 This 54 year old woman was unhappy with the look of her eyebrows. She said that she had very sparse eyebrows since she was a teenager and has been using an eyebrow pencil to give them more definition. Tired of using makeup to give her eyebrows the look she wanted, she scheduled an appointment with our practice to learn more about permanent makeup in Los Angeles.

In the "before" photo, there are visible stray eyebrow hairs and her eyebrow hairs appear to be scarce in certain areas. After the application of the permanent makeup, the "after" photo shows that her eyebrows now look much thicker and have a very unified and natural look. This patient said that she gets compliments from her friends and family and loves the results of her permanent makeup treatment. Now she can also save time from no longer having to resort to makeup to fill in her eyebrows.