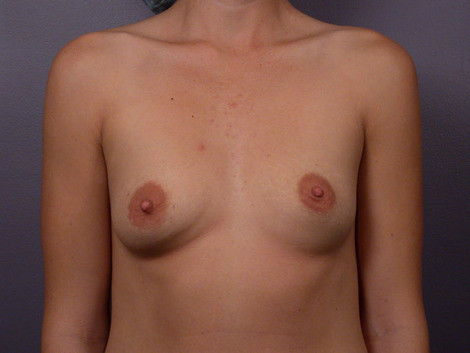 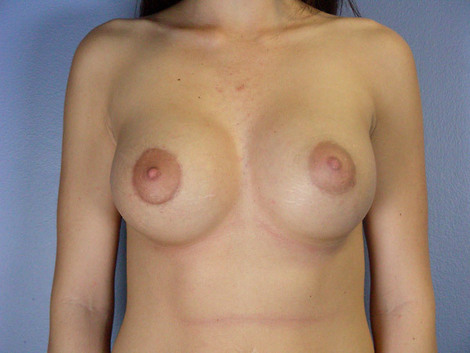 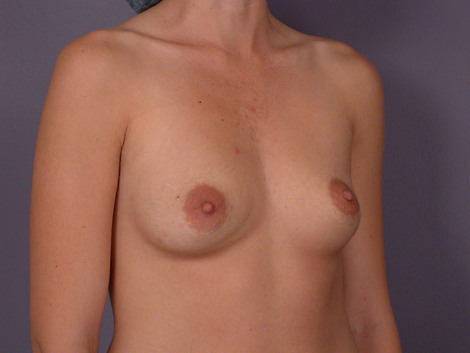 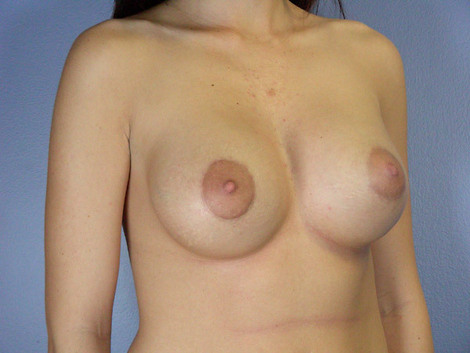 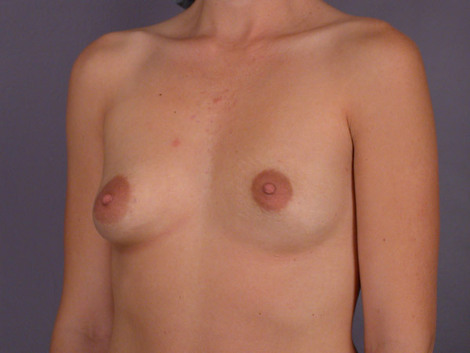 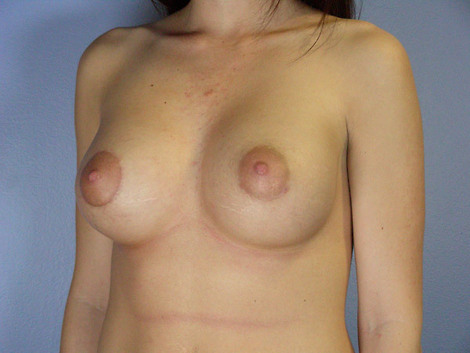 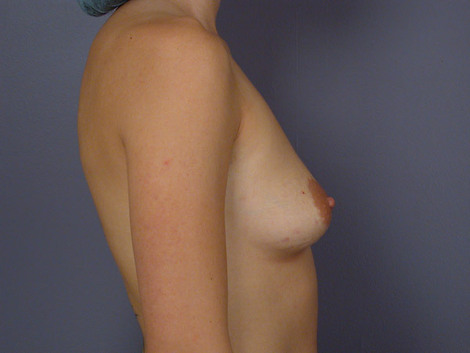 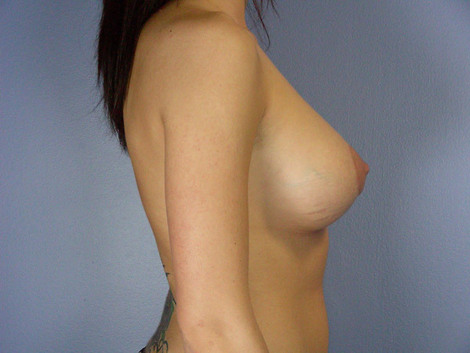 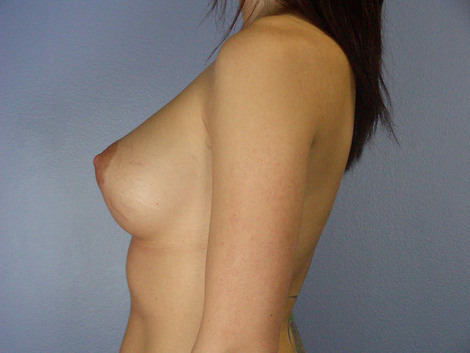 Discontent with her small breasts, this 22-year-old woman wanted to increase her cup size to a C. She was also concerned that having a breast augmentation might cause her areolas (the skin around the nipple) to increase in size, so when she met with her surgeon at Marina Plastic Surgery Associates, she expressed her concerns and asked what options she had for increasing the size of her breasts while still having them look natural.

To address this concern, her surgeon suggested that during her breast augmentation in Los Angeles, he could insert the implants through small, areolar incisions. This location for the incision would also allow her surgeon to correct one of the patient's other concerns, the position of her areolas. She wanted her nipples to sit higher on her breasts, so during her operation, her surgeon performed a breast lift in addition to the augmentation to reposition her nipples.

The entire procedure was done through the incisions made around her areolas. Her implants were inserted into submuscular pockets which make her breasts look more natural despite being larger in size. There was only minimal scarring around her areolas and the patient's breasts look fuller and proportionate. Her surgeon was able to maintain the size of her areolas while giving her the look she wanted. Overall, this patient was happy that she decided to have both an augmentation and a breast lift in Los Angeles.