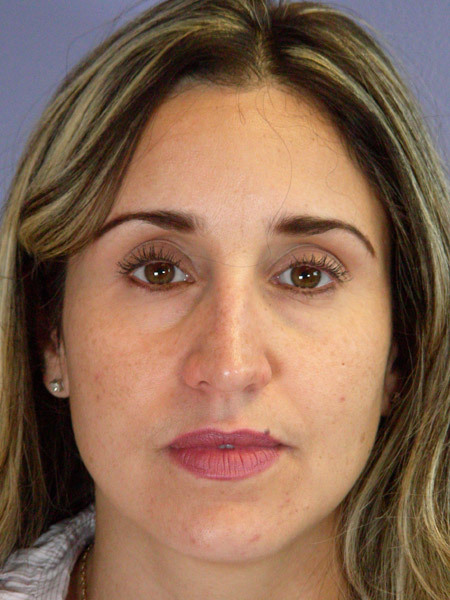 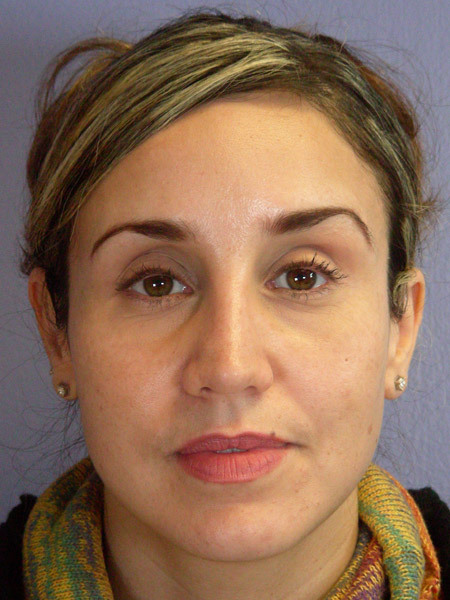 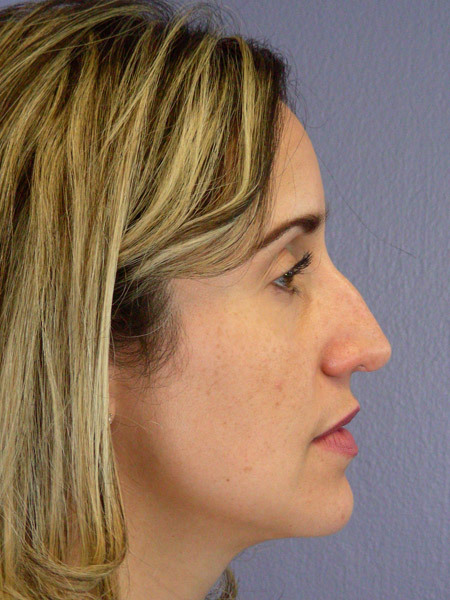 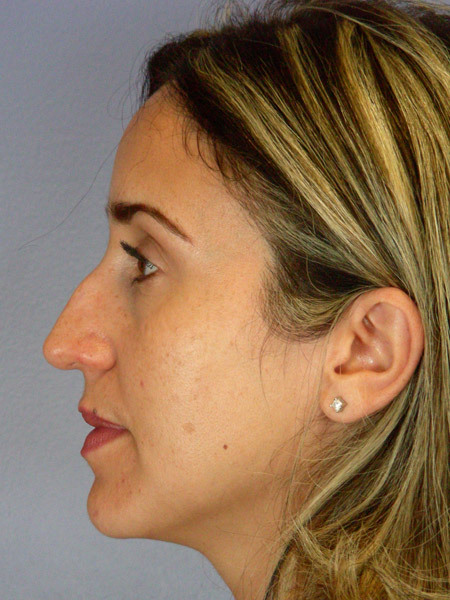 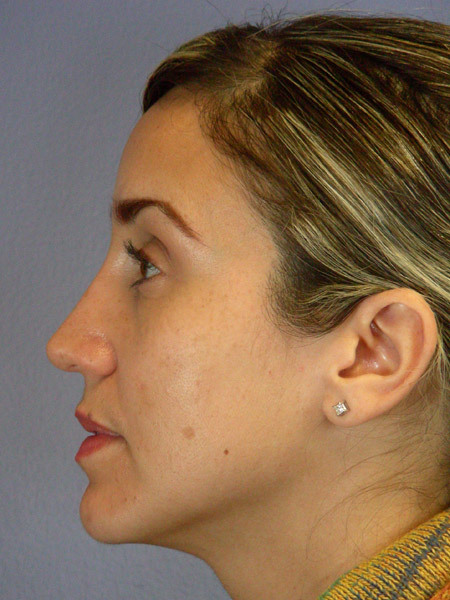 This 37-year-old woman was unhappy with the contour of her nose, particularly with her large dorsal hump. She decided to explore her options for rhinoplasty in Los Angeles and after researching different surgeons, she contacted Marina Plastic Surgery Associates for a consultation.

During her visit, she expressed a desire to soften the overall look of her nose without looking like a new person. Her Los Angeles plastic surgeon explained that many men and women choose to make only minor changes to their noses in order to have subtle improvement rather than radical changes. He asked her what she wanted her nose to look like after surgery and together, they discussed the changes she wanted to make.

Rhinoplasty can be performed using an "open" or "closed" method. With the open method, a small incision is made at the base of the nose in between the nostrils that allows the surgeon the greatest access for reshaping the cartilage. A closed method produces less scarring by constraining the incisions to the inside of the nostrils, but does restrict the surgeon's access somewhat. Both methods may work better for different patients. This patient chose to have a closed procedure to minimize the amount of scarring while still producing satisfactory results.

Six weeks after her surgery was completed, she returned to our office for another visit. Her "after" pictures were taken at this time and showed a subtle but beautiful improvement in the shape of her nose. Her nose now slopes gradually downward without completely changing her appearance. She is very happy with the results.