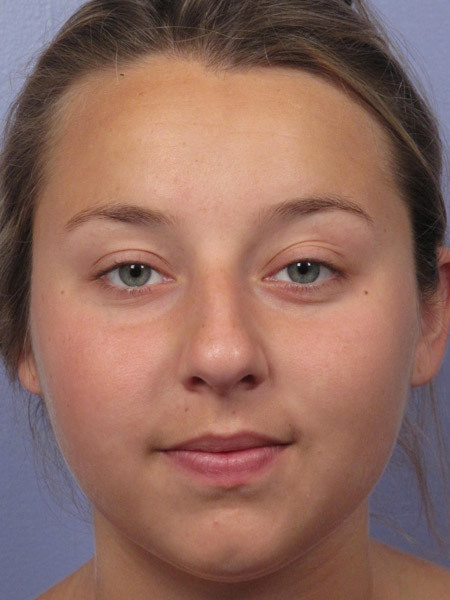 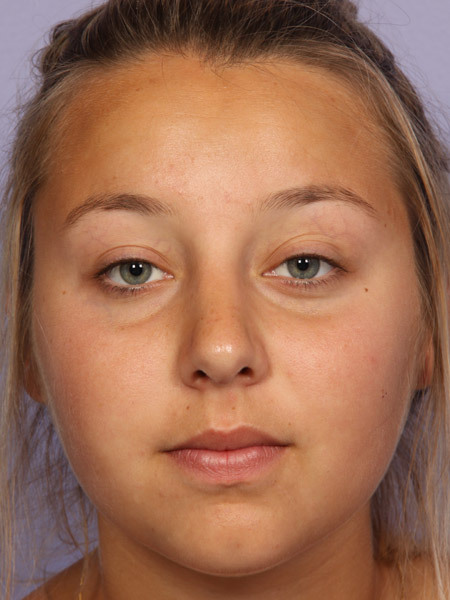 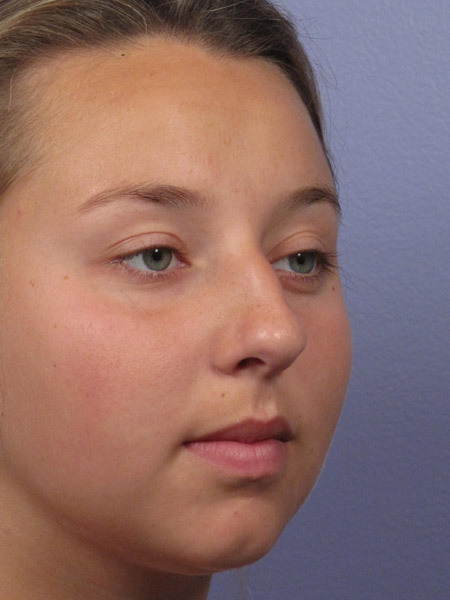 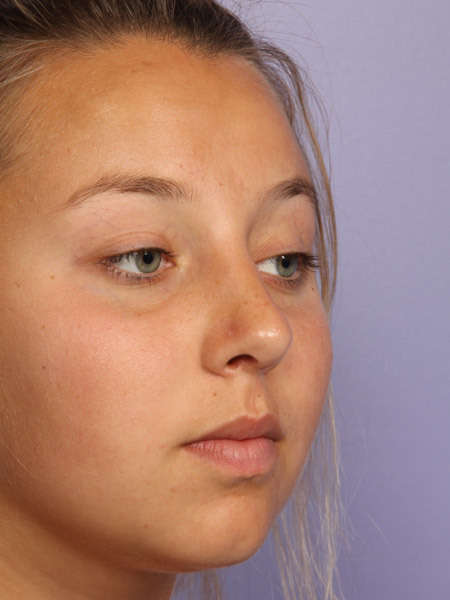 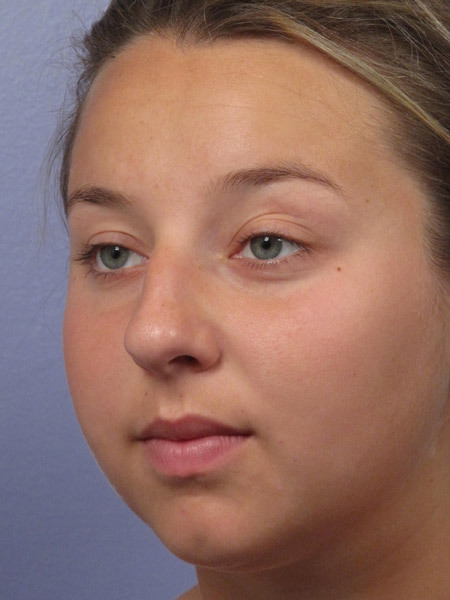 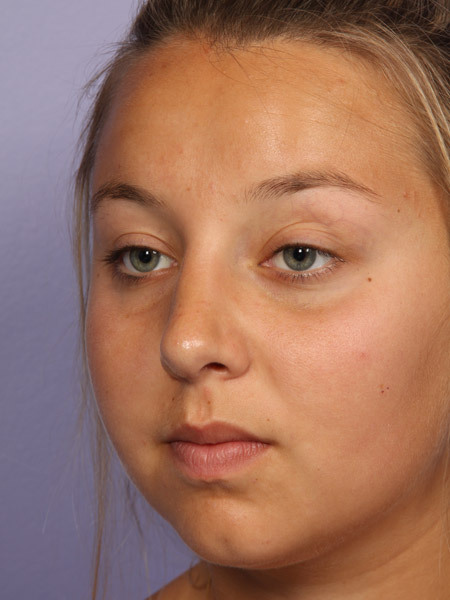 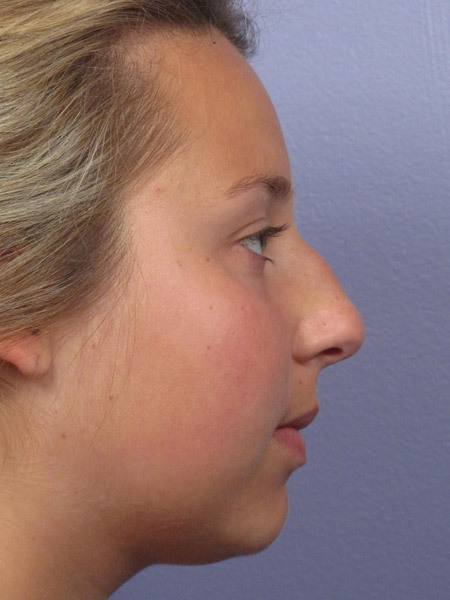 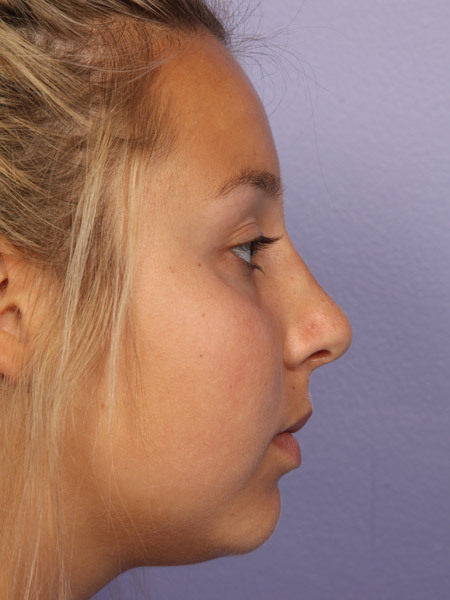 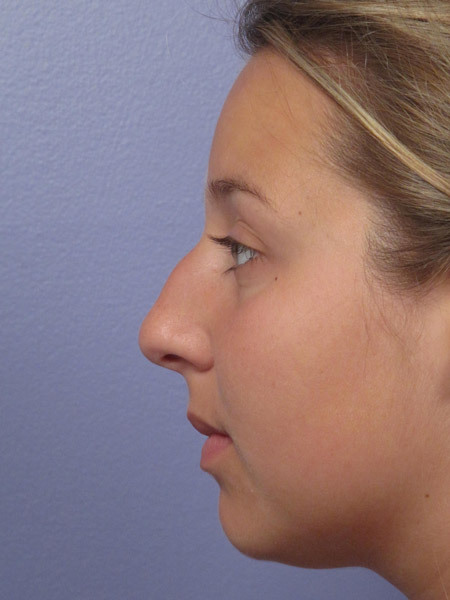 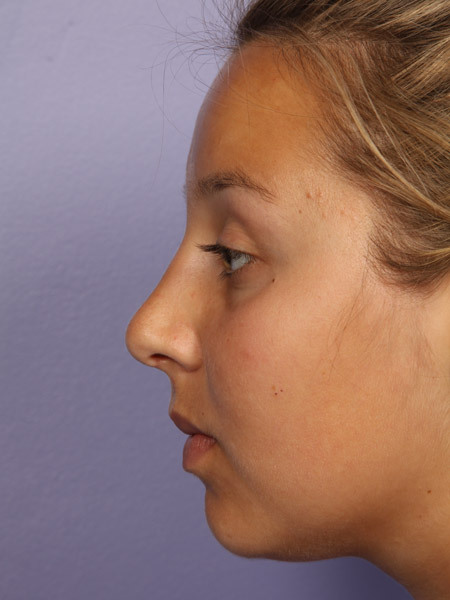 This 19-year-old woman was concerned about the prominence of her nasal hump, which she felt detracted from her lovely green eyes. Wanting her nose to have a more delicate slope and to have more definition in her nasal tip, she began researching surgeons who performed rhinoplasty in Los Angeles. She discovered Marina Plastic Surgery Associates and scheduled her consultation with one of our board-certified plastic surgeons.

When she met with her surgeon, she expressed her concerns while he listened intently. He suggested that he first address the slope and size of her nose. Using an open technique, where he would make an incision below the nose in the natural crease, he would reshape the cartilage to create more definition and then move on to address the tip of her nose. They agreed that he would narrow the tip of her nose just slightly to make it less bulbous. After their consultation, she was eager to get her surgery underway.

Six weeks after her Los Angeles plastic surgery procedure, she had her "after" photos taken to show her progress. Her nose has been subtly enhanced; her surgeon altered the shape of her nose dramatically, but from the front, her nose looks virtually the same. She was very pleased with her subtle enhancement and felt a boost in confidence afterwards. She will likely see continued improvement, especially in the tip's definition, over the next year.