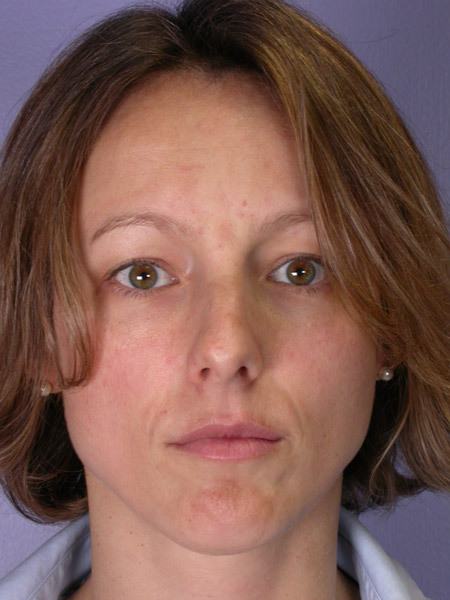 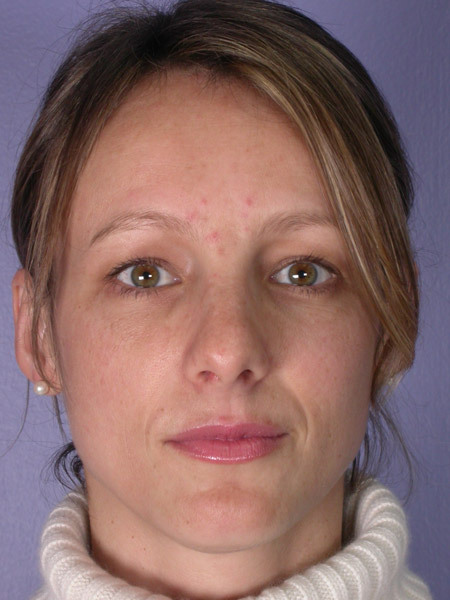 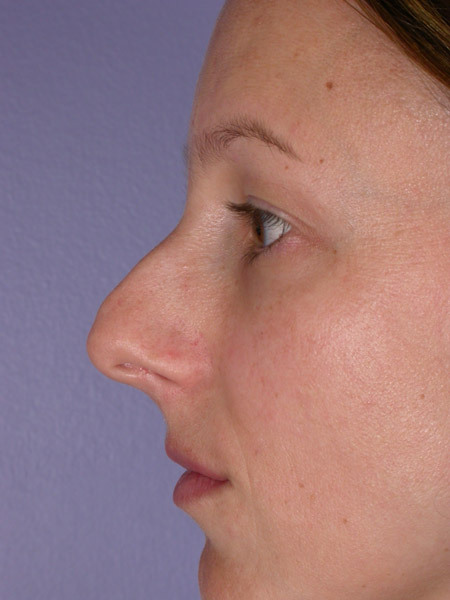 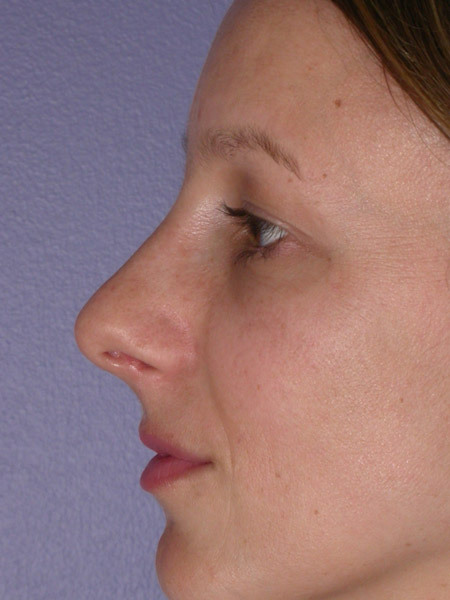 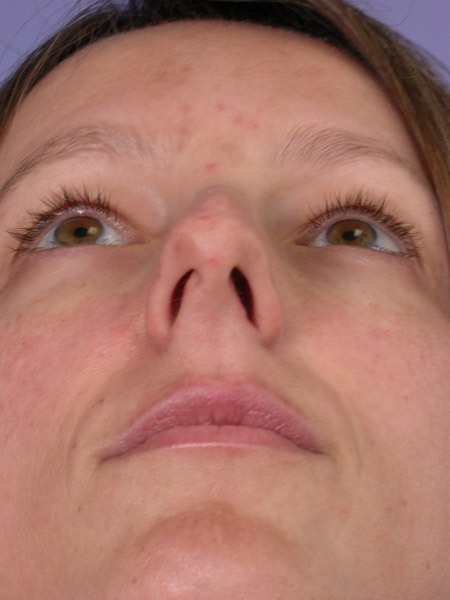 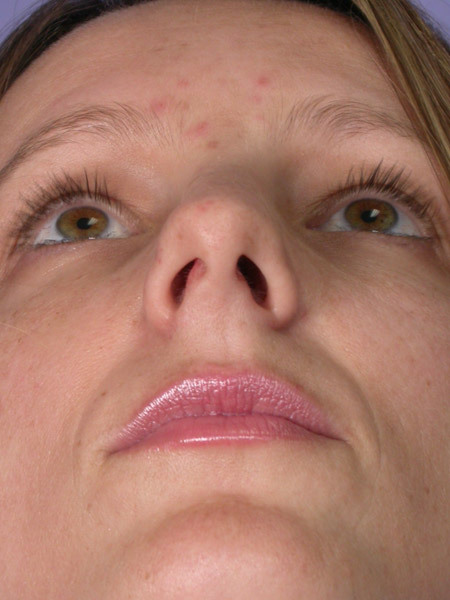 This woman wanted to reduce the prominence of her nose through surgery. As can be seen in her "before" photos, she had what plastic surgeons consider a tension nose, where the nose cartilage projects out so much that it stretches the nostrils and makes them appear like thin slits. Tired of the shape of her nose, she decided to find a Los Angeles rhinoplasty specialist, finally scheduling a consultation with one of the talented surgeons at Marina Plastic Surgery Associates.

When she met with her surgeon, she explained her concerns and how she would want her nose to look after surgery. She wanted a more gradual and delicate slope to her nose that balanced her other features nicely. Her surgeon discussed with her what he would do to reshape her nose and explained that the procedure would take about 1 to 2 hours to complete.

After her Los Angeles plastic surgery was completed, she had time to recover before returning for her postoperative evaluation. As can be seen in her "after" photos, her nose looks significantly more relaxed. Her nostrils are much more open and her nose has a more gentle and feminine slope than before. She was thrilled with the results and felt a boost in confidence afterwards.