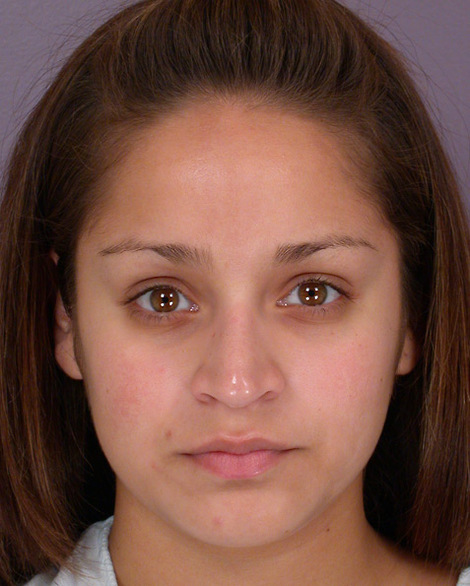 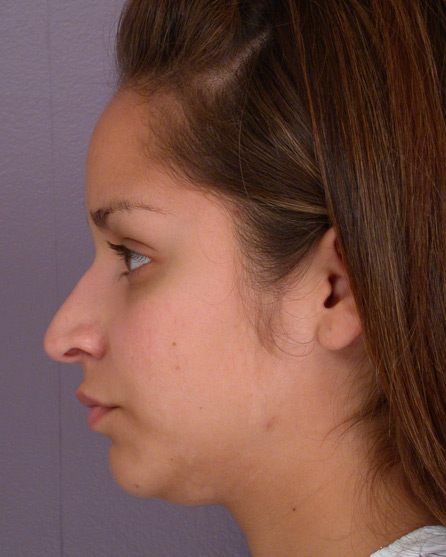 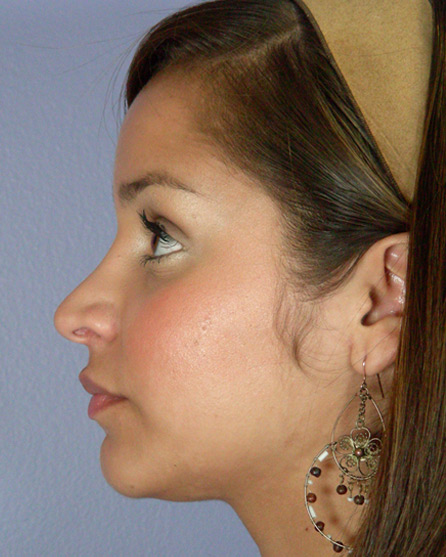 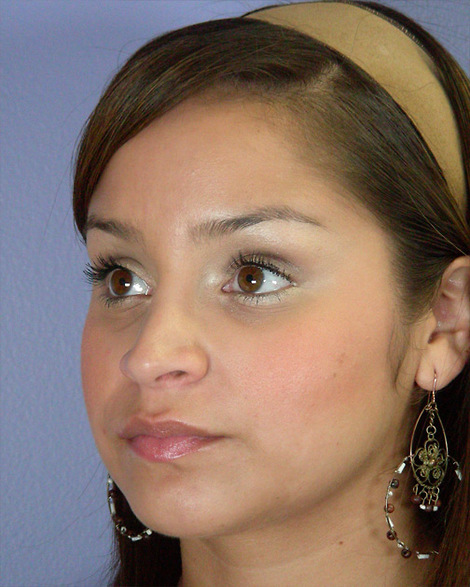 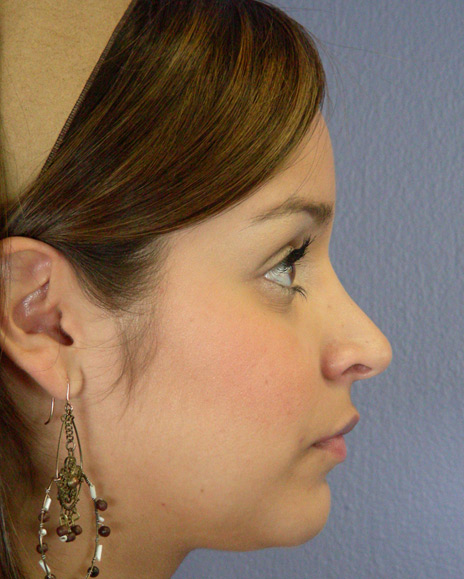 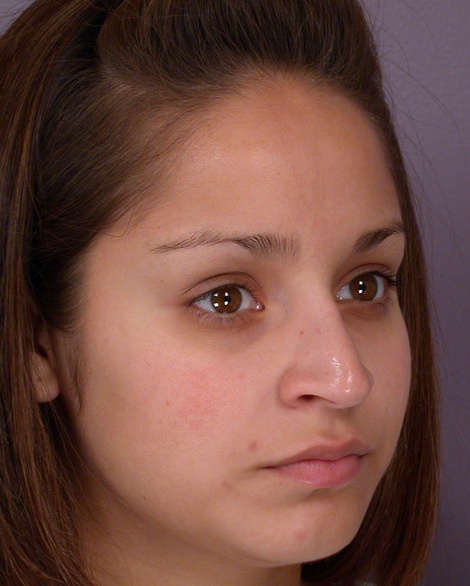 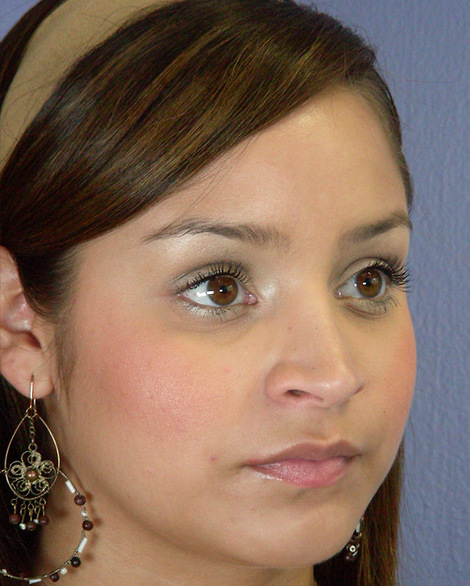 This 20-year-old female flew in from Texas to Los Angeles for rhinoplasty surgery. She desired subtle changes to her nose and wanted to retain some of its distinctive characteristics. Her first priority for change was reducing the dorsal bump on her nose. She specifically wanted a natural appearance without a “ski slope.” She also requested a slight elevation of the position of the tip of her nose, but minimal structural changes to the shape of the tip. She and her surgeon felt that this combination would feminize her overall appearance. They also agreed that by not modifying the shape of her tip that she was likely to maintain an important feature of her nose that she did like. Her surgeon performed computer imaging for her to illustrate the changes that he discussed. She understood the limitations of the imaging, but appreciated the opportunity that it gave her to visualize what was planned. She also gave feedback on the imaging to help her surgeon understand exactly how much elevation of her tip and how much dorsal bump reduction she desired.

Two months later, the day before her scheduled rhinoplasty surgery, she flew in from Texas for a second thorough discussion with her surgeon. Our fly-in program made it easy for her to complete lab work and some paperwork in Texas before she came out for the operation. Among other things, she completed a history and physical examination, discussed risks and alternatives, and reviewed surgical goals in detail once again.

The next day her surgeon performed her surgery using a closed rhinoplasty technique. Because she planned to maintain the current shape of her nasal tip, her surgeon felt that it would be reasonable to use all internal incisions. He reduced her nasal dorsal cartilage and bone, and rotated her tip upward slightly to give a more perky appearance. He also moved the nasal bones together to narrow the nose slightly. The splint was removed five days later and she flew back home to Texas. These pictures were taken before and one year after surgery.