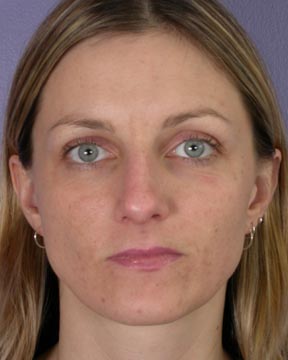 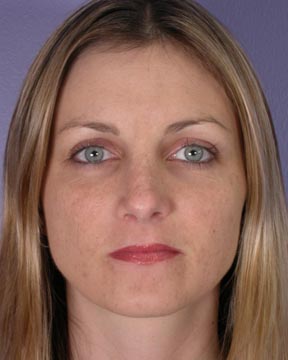 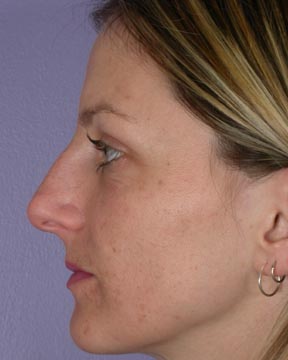 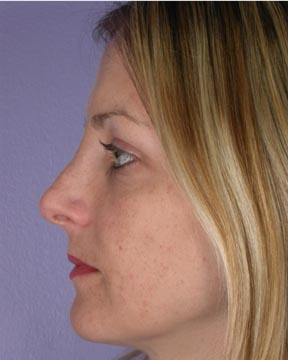 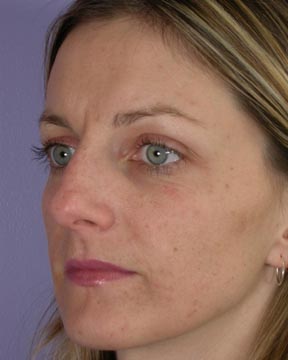 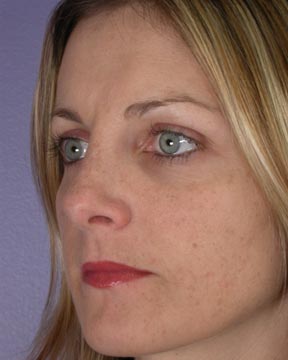 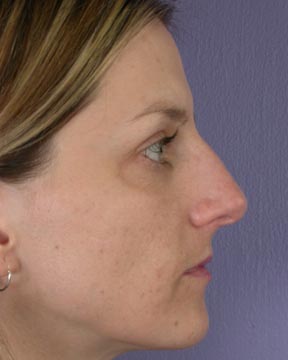 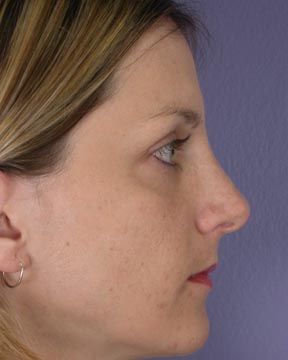 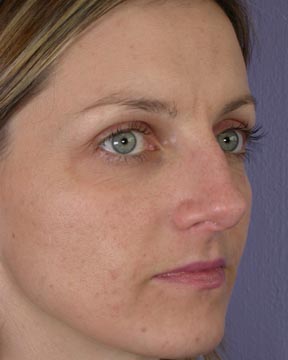 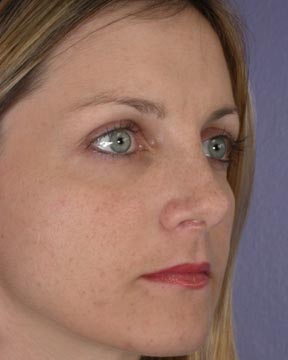 This 34-year-old woman was interested in Los Angeles nose reshaping surgery. She researched surgeons and chose to consult with a plastic surgeon that was board certified by the American Board of Plastic Surgery and specialized in rhinoplasty surgery.

In her visit to our Marina del Rey office, she expressed her desire to soften the overall appearance of her nose. She was most bothered by the bump on the dorsum of her nose. She believed that her nose appeared too strong in multiple views, and she sought to refine its overall look. She emphasized that she wanted a nice improvement in her appearance, but did not want to look like an entirely new person as a result of her surgery. She hoped that a natural appearing rhinoplasty result would better match the rest of her facial features.

During her examination in our office, we thoroughly discussed her concerns. Together we formulated a plan for her operation, and she elected to have her nose reshaping procedure.

We used a closed rhinoplasty technique to create the desired changes in her appearance. She required a substantial reduction in the dorsal bone and cartilage to eliminate the dorsal hump. Her nasal tip was moved back slightly to obtain optimal proportions after the significant dorsal reduction. Her nasal bones were then moved together to in order to give her a more feminine appearance on frontal view.

She recovered smoothly from her surgery and her nasal splint was removed approximately one week after the operation. In these photographs she is shown before and one year after her nose reshaping operation. The rhinoplasty had almost a magical effect on enhancing her appearance. By making her nose smaller and more feminine in a natural appearing way, her beautiful facial features such as her eyes are greatly enhanced.