Beverly Hills: Building on Beauty Since the Beginning Ch 3

Part 3 of a look at why plastic surgery in Beverly Hills is second to none.
By Kitty Monroe.

Chapter 2 - Plastic Surgery in Beverly Hills: Setting Your Own Standard

Beverly Hills has always attracted the elite of the movie, fashion and music industries. From the first mansions of the stars in the early 1920's to the Academy of Motion Picture Arts and Sciences and the Museum of Television and Radio, Beverly Hills hosts the best that all the entertainment industries have to offer. 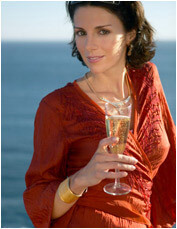 Movies are made in Hollywood, but the people who make them - from the producers to the directors and many of the stars - live in Beverly Hills. The fashion designers, artists and music moguls that create the styles and trends of tomorrow know that success in Beverly Hills means success throughout the world. And that's why the rest of the world aspires to the beauty and fashion standards set by the elite of Beverly Hills.

Artistic innovation and stylistic vision are the hallmarks of trendsetters in Beverly Hills. These people don't follow the crowd to see what they're buying; they lead the way to new and sometimes unexpected sources of progress. The entertainment power brokers and the super stars that propel them have the time, inclination and money to chart new territory, try new novelties or revisit an idea whose time has come again.

Since trend setting is nothing new in this part of the world, it shouldn't be surprising that Beverly Hills plastic surgeons have started a national craze for complete cosmetic surgery makeovers. And for many men and women across the country, this trend has liberated them from an old stigma that plastic surgery is only for the very rich or the very old. Today in Beverly Hills, breast augmentations combined with liposuction and tummy tucks are something women are embracing as a liberating and exciting new prospect after child bearing. For the men of Beverly Hills, liposuction has become an acceptable option for enhancing their physique.

Exotic beauties, classic Hollywood chic and global social consciousness are the current rage in Beverly Hills. The standards of beauty are being set by the exotic and intoxicating features of Angelina Jolie, Jessica Alba, Vanessa Williams, Jennifer Lopez, Rosario Dawson, Penelope Cruz, Halle Berry, Beyonce Knowles and Lucy Liu among many others. This list of who's who and who's beautiful shows a wonderfully dramatic shift away from Anglo only beauties, and raises an interesting question for women who aspire to these standards of beauty through plastic surgery.

According to the American Society for Plastic Surgeons, 23% of all plastic surgery procedures performed in 2006 were performed for African-American, Hispanic and Asian-American men and women. Yes, men too, are embracing plastic surgery enhancements, especially nose reshaping and liposuction. The most popular procedures among ethnically diverse women were breast enhancements and liposuction.

"The stigma surrounding plastic surgery for many women is that they will become Anglicized and lose their ethnic identity," explains Dr. Stevens. "And that may have been true back in the 1980's. Today's men and women are embracing the beauty of ethnicity and they understand how to enhance those qualities rather than destroying what makes them unique. It's important to seek out natural looking results no matter what standard of beauty you are striving for."